The course addresses the theory and practice of dispute systems design, defined as the intentional organization of resources and procedures, which interact with each other, to prevent, manage, deescalate and resolve disputes. The course will present some of the main existing contexts in which dispute systems design is applied worldwide, such as claims resolution facilities and compensation programs stemming from tragedies, business to business and business to consumers initiatives, early case assessment and resolution procedures for corporations and organizations, online dispute resolution schemes, community, government and trans-jurisdictional initiatives and integrated conflict management systems in workplaces and other organizational settings. The course is designed to offer a response to the growing needs of businesses, institutions, organizations, communities and governments for less costly and more humane ways of dealing with disputes. Every institution, organization or environment at large has an existing dispute resolution system, that may vary according to different shades of formality, thoughtfulness, effectiveness and efficiency. Lawyers in the 21st Century are being called upon to help improve institutions and organizations and become dispute resolution processes "architects", instead of simply acting at already distressed stages of disputes, following blindly and repetitively the established protocols and procedures for late and isolated negotiation and litigation.

Diego Faleck is a mediator and a dispute systems designer. He received his LLM degree from Harvard Law School and is a professor of negotiation and mediation at the São Paulo Law School of the Getúlio Vargas Foundation. Mr Faleck served as interim secretary and chief of staff of the Secretariat of Economic Law of the Ministry of Justice in Brazil and commissioner at the National Commission of Private Insurance of the Ministry of Finance. Since 2007, Mr Faleck has successfully mediated a wide range of commercial, reinsurance, energy and construction cases. He was responsible for designing and implementing successful compensation programmes for the beneficiaries of the victims of the accidents of flights TAM 3054 (2007, Porto Alegre-São Paulo) and Air France 447 (2009, Rio de Janeiro-Paris), using ADR methods. Mr Faleck's major cases also include the facilitation and mediation of a complex and renowned dispute in the reinsurance market, involving a major Brazilian steelmaking company and over 30 reinsurers from national and foreign markets, regarding a US$700 million claim and a major dispute systems design project with the Colombian telecommunications regulator for developing government-supported interest-based channels to resolve claims between users and operators. Mr Faleck is a member of the roster of mediators of the Brazil-Canada Chamber of Commerce in São Paulo. He has been featured as a prominent dispute systems designer in Designing Systems and Processes for Managing Disputes (Wolters Kluwer, 2013, appendix one), by Harvard professors Frank Sander and Robert Bordone (et al).

This course explores psychological phenomena, the frameworks for analyzing conflict that results from these phenomena, as well as conflict resolution communication skills to address these phenomena. This course is designed to provide insights from areas of cognitive and social psychology, neuro-collaboration, and communication theory and apply those insights to dispute resolution, lawyering, and negotiations. Topics include paradigms for the sources of conflict; escalation and de-escalation theory; the physiology of conflict; managing personalities in conflict resolution, both "regular" and "high conflict" personalities; emotional intelligence competencies and conflict resolution; exposure to the cannon of personality instruments including MBTI and TKI; the myth of rationality and decision-making; cognitive biases; neuropsychology including empathy, mirror neurons, and memory; trust and altruism; persuasion, rhetoric, dialogue, narrative paradigm, and linguistics; power, threat, and face-saving; and anger and the limits of argumentation and rationality.

Sandy Jo MacArthur had a career in policing spanning over 35 years of service with the Los Angeles Police Department. She attained the rank of Assistant Chief prior to her retirement in March of 2015. Her experience in policing is founded in police operations, administration, and command development. The complexities of her assignments include human relations, discrimination, conflict resolution, tactics, training delivery and use of force. MacArthur's early assignments included Patrol, Vice, Special Problems Unit, Training, Ombuds, Press Relations, and Risk Management. After promoting to Captain and assigned to the Civil Rights Integrity Division, she was responsible for overseeing implementation of all Consent Decree requirements and of all other department court settlement requirements. In this position, she played a significant role in achieving substantial compliance with the Federal Consent Decree implemented by the United States Department of Justice in 2001. As a result of collaboration with key internal and external partners, the Consent Decree was lifted in July 2009. In 2010, MacArthur was promoted to the rank of Assistant Chief, director of the Office of Administrative Services. She managed a billion dollar budget and led challenging LAPD initiatives including; State Diversity and Discrimination Training Programs the Multi-Assault Counter Terrorism Action Capabilities (MACTAC) regional training program, and the redesign of the recruit training program by applying principles of adult learning theory and critical thinking skills. She also established the LAPD Leadership Enhancement and Development Sessions (LEADS) training program in 2006 that is conducted on a quarterly basis for LAPD Command Staff. She also created an ongoing pipeline for new recruits by partnering with the Los Angeles Unified School District to create a two year high school program where junior and seniors will spend a four semesters at the LAPD Academy, learning about law enforcement careers and earning high school and college credits. MacArthur joined the Los Angeles Police Department in 1980 after receiving a Bachelor of Science degree in Criminal Justice from Arizona State University graduating Cum Laude. In 1997, she obtained a Master in Behavioral Science, graduating with honors and specializing in Negotiations and Conflict Management, from California State University, Dominquez Hills. She and her husband Nick have been married since 1985, have two adult children, Cody (also LAPD) and Hayley Jo, and four grandchildren.

The George Page Residential Complex, located across the street from the Caruso School of Law, will be available for a limited number of summer school students. The residential complex offers four-bedroom, single-bath apartments with kitchen, living, and dining areas. The housing is available on a first-come, first-served basis. Early reservation is advised. On-campus recreation facilities include an Olympic-size pool, tennis courts, weight room, gym, and track.

If you have further questions, you may e-mail housing@pepperdine.edu. 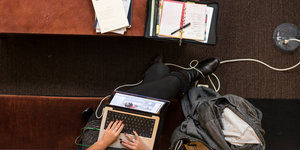