Professor and Associate Dean Tom Stipanowich was a speaker at the Brazil Legal Symposium at Harvard Law School. On Monday, April 7, Stipanowich spoke on "The Legal System in the Age of Mediation and ADR," and reflected on developments and trends during recent decades in the United States and possible considerations for Brazilian courts, legislators, lawyers and dispute resolution professionals. An audience of more than 150 attended the program in Austin Hall, the inaugural session in the week-long symposium. 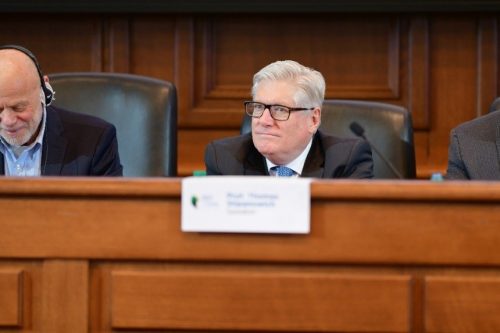 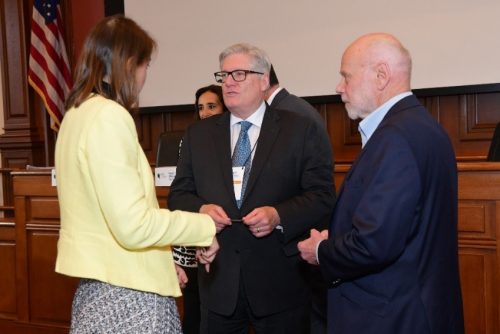 Stipanowich explained, "As Brazil embraces its own quiet revolution in dispute resolution, we at the Straus Institute are privileged to engage with students, scholars, judges and practitioners in dynamic and mutually beneficial exchanges. Chief Justice Toffoli and our good friend Judge Andre Gomma represent a commitment to thoughtful reform and change that merits our support."