January 7, 2019 | Professor James Allan Gash was recently selected to receive the prestigious Elizabeth Hurlock Beckman Trust Award by the Trust Committee of the Philanthropic Services group at Wells Fargo Private Bank. The Beckman Award was created to benefit educators who have inspired their former students to make significant contributions to society. The award is granted to academic faculty members who have motivated and mentored students to "create an organization which has demonstrably conferred a benefit on the community at large," or "establish on a lasting basis a concept, procedure, or movement of comparable benefit to the community at large."

Professor Gash was recognized for encouraging his former student Shane Michael (JD '11), who developed the J-FASTER Pilot Program that introduced plea bargaining to the Ugandan criminal justice system. J-FASTER laid a foundation for plea bargaining that began in the juvenile justice system and has since spread to the adult justice system. The program's implementation continues on a national scale and is now expanding to other countries in Africa.

For the past eight years, Professor Gash has worked to advance the rule of law in developing countries, including traveling to Uganda with Pepperdine students and alumni to assist that country in its justice reform efforts. While a student at Pepperdine Law, Shane participated in Pepperdine's summer internship in Uganda between his first and second year of law school. After he graduated, Shane spent a year in Uganda serving as a Nootbaar Fellow. "Throughout my time in Uganda," Shane says, "Professor Gash pushed me to help our important mission. He provided guidance, support, and motivation. Most significantly, Professor Gash demonstrated how passion and hard work can achieve positive, lasting change in the lives of others." 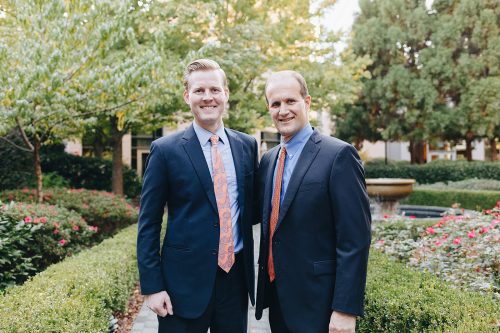