Pepperdine Caruso Law alumnus Duran Parsi (JD '17) was recently named to the Hall of Fame in the Esports Business Summit University. During his time at Pepperdine Caruso Law, Duran was the CEO of Collegiate Starleague. Duran obtained his joint Master in Dispute Resolution from the Straus Institute as well as his Juris Doctor. He has been an active alumnus and preceptor since graduation.

Duran said, "I've never been the type of person who does things for recognition, and have been historically bad at promoting myself. To be recognized though, is a huge honor. Mostly, what it tells me is that the work I've done over the past decade has made an impact on people, and that's what I care about most. To know that things I've built have provided life changing experiences for students and career opportunities for people looking to get involved in the esports industry is super cool. I definitely didn't picture my life going in this direction when I was 21 and starting Collegiate Starleague (CSL), but I'm very happy with where things have ended up. Honestly, this serves as additional motivation to keep going, and that's what I intend to do."

Professor Maureen Weston, who taught Duran during his time at Pepperdine Caruso Law, comments, "Duran was way ahead of the esports curve. A genuine interest and leader in establishing a league for collegiate esports. I am proud and in awe, not only of what Duran has accomplished, but his generosity in leadership for this exciting field and humility in knowing he has been instrumental in this phenomenon. He was the same as a student and recently participated in our Esports Summit part one. Part two of the summit is coming next! Congratulations, Duran. Well deserved."

Duran was in the esports space before the term "esports" was coined. Originally a StarCraft player Duran started his career by organising tournaments on his university campus which quickly expanded to form a league across all UC schools. The rapid growth and demand from students helped to forge Collegiate Starleague (CSL) which Duran co-founded in 2009. As the CEO of CSL Duran was responsible for onboarding universities and creating leagues and tournaments across multiple games in order to appeal to every competitive gamer. For over a decade Duran has been committed to developing the collegiate esports scene helping college campuses across North America to establish teams. Over 1,800 house teams have been formed across a number of games and platforms and now over $1 million is given away each year in scholarships. Duran now embarks on his next move heading up the newly formed collegiate esports division of FACEIT, the leading competitive gaming platform that is committed to evolving the grassroots competitive ecosystem. Duran will grow the new team and form collegiate programs for FACEIT's partners helping them to build new international communities. 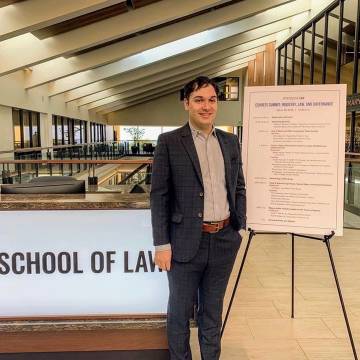