The Honorable Society of Middle Temple has featured Professor Colleen Graffy in its exhibition of a Century of Women in Law, a celebration of the centenary of the admission of women to the legal profession.

From the Middle Temple: Celebrating a Century of Women in Law Catalogue:

Middle Temple women include distinguished academics, High Court and Crown Court Judges, as well as leaders in their fields at the Bar and in employed practice. These members have played significant roles in the familiar areas of family and criminal law, but also in fields such as maritime law, sports law, ecclesiastical law and international human rights.

Colleen Graffy is a Professor of Law at Pepperdine University and a former US Deputy Assistant Secretary of State. She was raised in Santa Barbara, California. After graduating from Pepperdine and completing a Masters in International Relations at Boston University, she became the Director of Pepperdine's Heidelberg Campus in Germany, which she had attended as an undergraduate.

She moved to London to establish Pepperdine's new UK campus, teaching in and directing both the undergraduate program and graduate Law program.

Influenced by the historic ties between Middle Temple and the United States, she joined Middle Temple; after attending City University and the Inns of Court School of Law, she was Called to the Bar in 1991.

Colleen completed an LLM at King's College London and pupillage at 2 Dr Johnson's Buildings. She was a founder member of American Women Lawyers in London and served for several years as the chair of the Society of English and American Lawyers.

After deciding to make Britain home, she asked the then Lord Chief Justice, Lord Woolf, to administer her oath to become a British citizen. Concerned that he did not meet the requirements, being technically neither a barrister nor a solicitor, he sought legal advice from the Home Office. He was approved and she became a dual citizen.

She was appointed to serve as Deputy Assistant Secretary of State for Public Diplomacy for Europe and Eurasia at the US State Department from 2005–09. In that capacity, she travelled to more than  40 countries and worked with US embassies and a team in Washington to communicate US policy, values and culture.

Colleen has written for The Sunday Times, The Wall St Journal, Washington Post and Los Angeles Times. She was made a Bencher in 2004 and is a door tenant at 9 Gough Square. 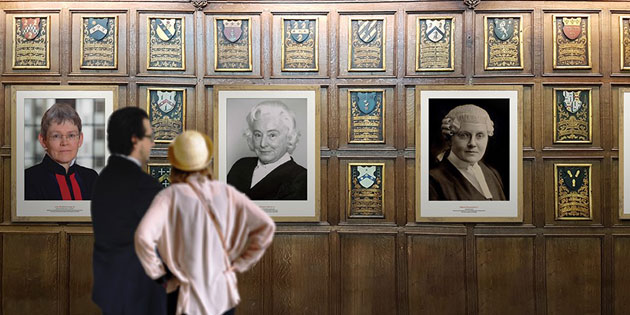