Hello from Kampala!  We are nearly at the midpoint of our Uganda adventure, and much has happened in four short weeks. Within just a few days of arriving in Kampala, we became well acclimated with the immediate surroundings at our apartment and around our courts. For those of us working at the High Court and Commercial court, the trip to work every morning is a nice 10-15 minute walk. It makes for a great wake up, especially when you are nearly flattened by a boda-boda. Walking around the city is like real life Frogger with cars all trying to go to the same place at the same time without lane designations and the bodas crusing down the sidewalk. The apartments are great (questionably nicer than George Page with a certainly nicer price tag) and we've found fantastic places to eat as well. The Indian food here is unbelievable. The local specialties, consisting mostly of matoke, rice, beans, and delicious g-nut sauce, have been surprisingly good, and you can't beat the price at slightly over $1 for a full lunch.

Our second Saturday in Uganda took us outside of Kampala to Jinja, the source of the Nile, for some whitewater rafting. Professor Cochran was coincidentally in town and joined us for this amazing experience. If the views weren't enough to take your breath away, the class five rapids certainly were. We stopped on an island in the middle of the river for lunch Swiss Family Robinson style and continued rafting until about 5 that evening. This was definitely a highlight of the trip. 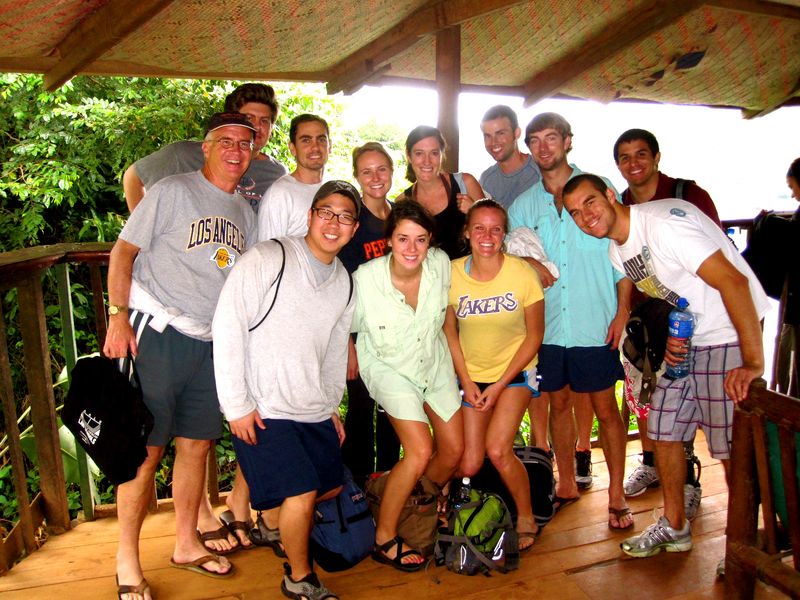 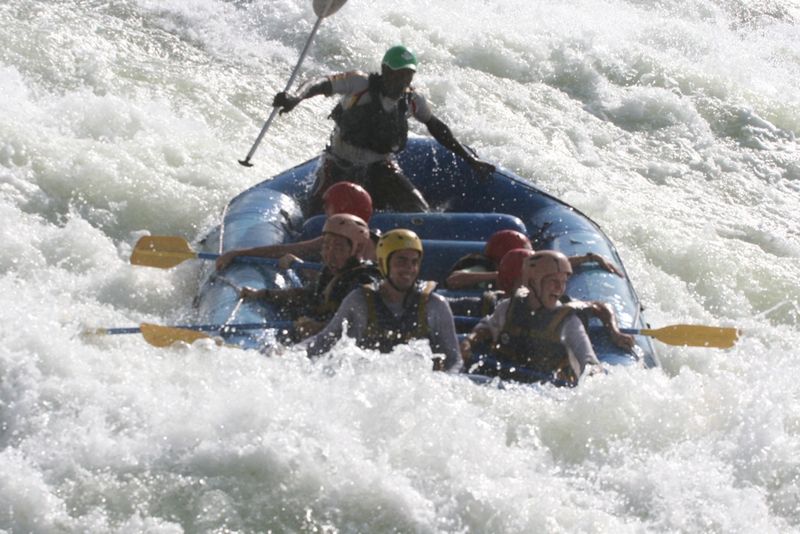 Turning to the real reason we are here, our work has been wonderful thus far. During the first few days we were all working together in the boardroom at the Commercial Court. Slowly each of us began to branch off as our judges returned from various trips. After only a few days on the job, we were all able to visit a remand home in Naguru. The warden spoke with us for quite some time and answered several questions we had. Afterward, he showed us around the home and let us talk with some of the children. Many of the kids there had been in remand for over a year, which is startling since the laws of Uganda mandate a maximum six month remand period for juvenile offenders. However, they all seemed to be upbeat and fairly content. 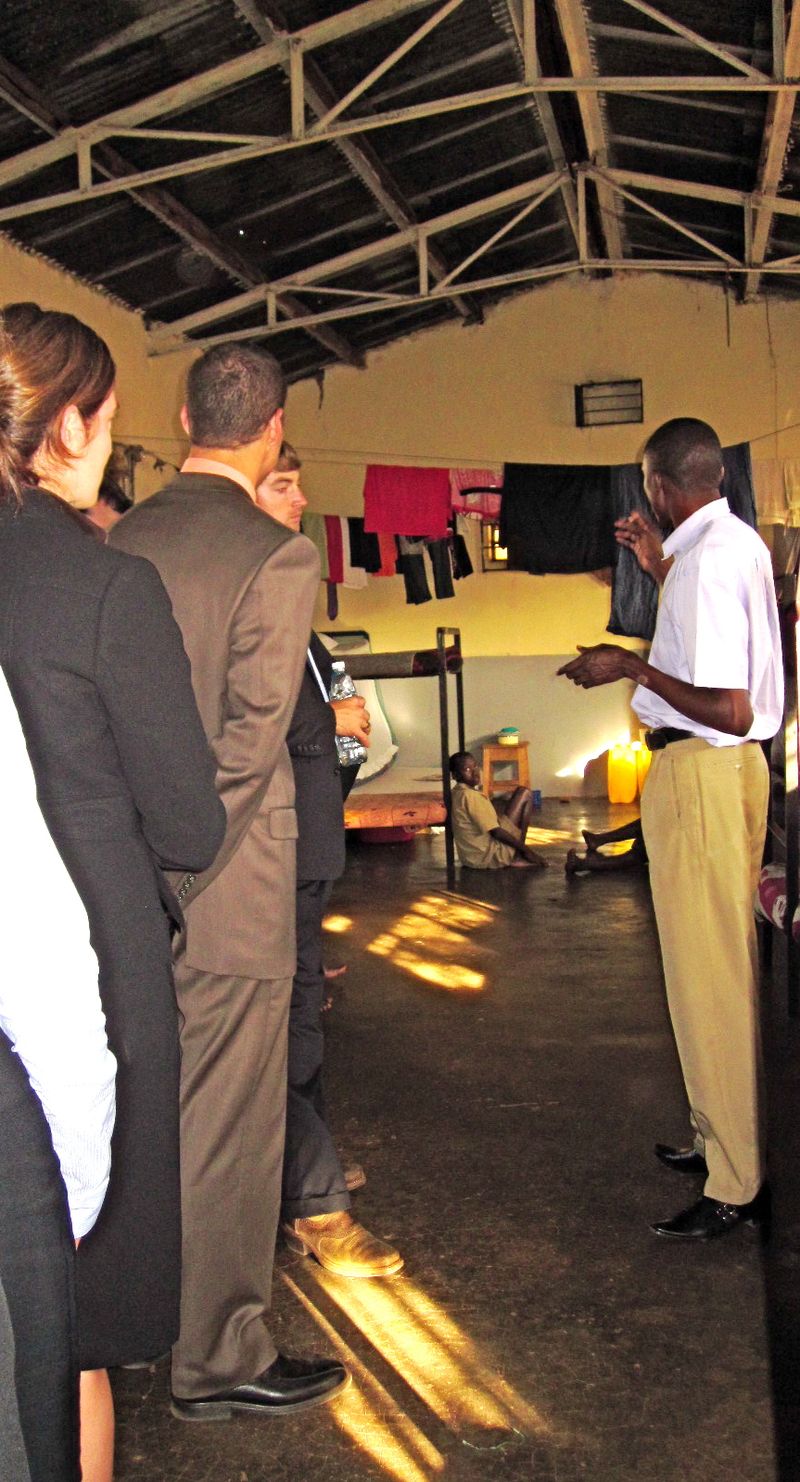 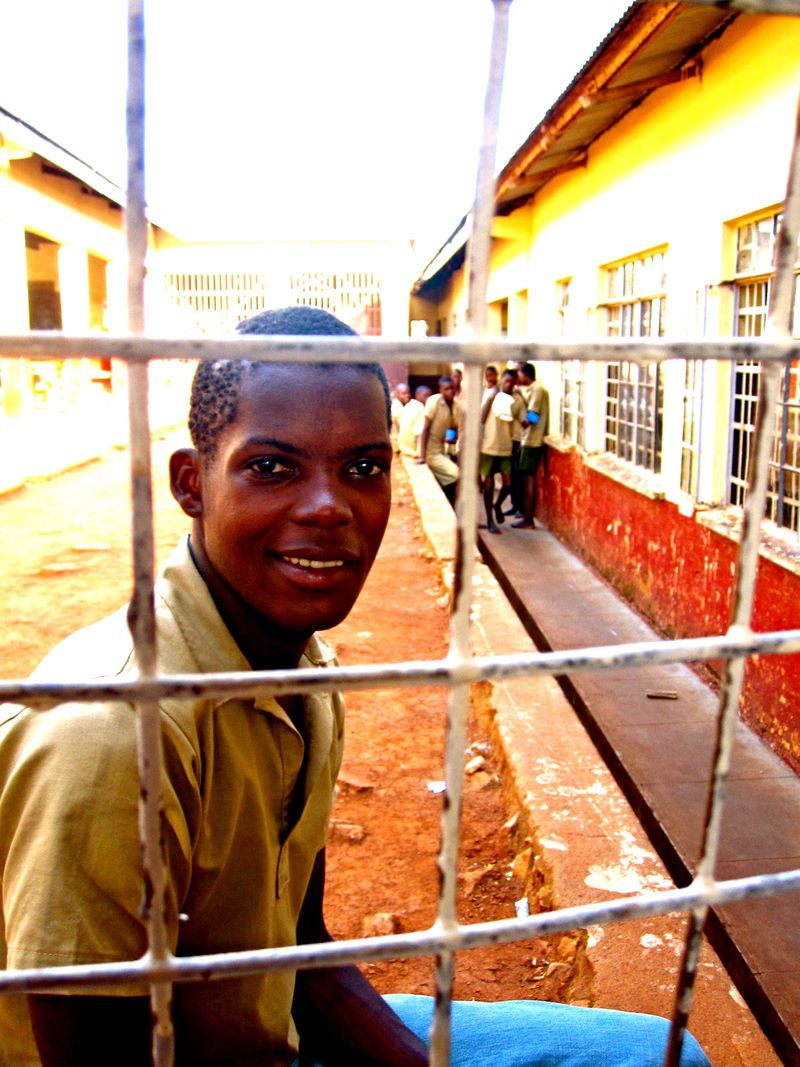 Lisa, Kyle, and Stevie are working in the Commercial Court for Justice Kiryabwire. Stevie was originally assigned to the War Crimes Court, but that didn't work out. During the first couple of weeks, Lisa and Kyle slugged through a huge case file regarding a fairly nasty property dispute to determine what happened factually. Once they got the story straight they researched, rather painstakingly, to determine what Ugandan case law said on each issue. Most recently, these three have been digitizing all of the cases that the court has received since 1997. They are trying to create a more user friendly, search driven database for judges, lawyers, and students to use for research purposes.

David and I are working for Justice Lugayizi in the Criminal Division of the High Court. Ironically, while we were in Uganda for our first week of work, Lugayizi was in Malibu learning about plea bargaining with a delegation of other Ugandan criminal judges. While he was away, David and I were instructed to write a memo on the state of juvenile justice in Uganda and comparisons and suggestions from other systems. Since Lugayizi returned, we have been sitting in on several very interesting criminal hearings. It is quite unique to sit in a court where the judge is speaking English, and everyone else is speaking Luganda. Our latest assignment has been to read a controversial Supreme Court ruling on the death penalty and write a suggestive memo detailing similar statutes in other countries and giving our own opinions. Lugayizi plans to use these memos during a conference on the issue involving the entire judicial system which he will be holding in July.

Jen and Peter are working for Justice Bahigeine in the Court of Appeal, which is also called the Constitutional Court. They have been researching and writing judgments and opinions, and, from what I can tell, they have been working tirelessly since day one. Their cases have ranged from issues of U.C.C. intricacies to issues of fair trial and adequate representation.

Sean, Ryan, and Michael are all working for the Supreme Court. Michael was originally supposed to work for the Anti-Corruption Court; but they had no work for him, so he is now working with Justice Tsekooko with Ryan. Sean is working for Chief Justice Odoki. They are currently working on civil appeals cases and will start on the criminal appeals next week. Outside the office, Sean and Ryan were able to attend a judicial retreat at the Paraa Lodge in Murchison Falls National Park. They were able to spend a lot of quality time with their judges and participated in a discussion on foreign precedent and implementation of technology to the judicial system and its ensuing efficiency.

With only a few days of Ugandan life under their belts, Stevie and Sean sat in on a meeting of the International Criminal Court with their judges and the president of the ICC. With Ryan's help, they composed memos for their respective judges regarding the ICC conference held in Kampala in June.

Kyle, Lisa, and Michael participated in a mediation certification clinic at the Commercial Court with 60 other Ugandan law clerks. It was

basically a 101 on ADR with a specific focus on mediation. The three completed the course and will be receiving a Certificate of Completion of the clinic.

A couple of weeks ago we visited the US Embassy to support a young Uganda boy named George who received a full scholarship to Pepperdine through USAID. This was a wonderful experience from chatting with the Ambassador to telling George the best places in California to surf. George is now friends with all of us on Facebook and plans to reunite in Malibu. 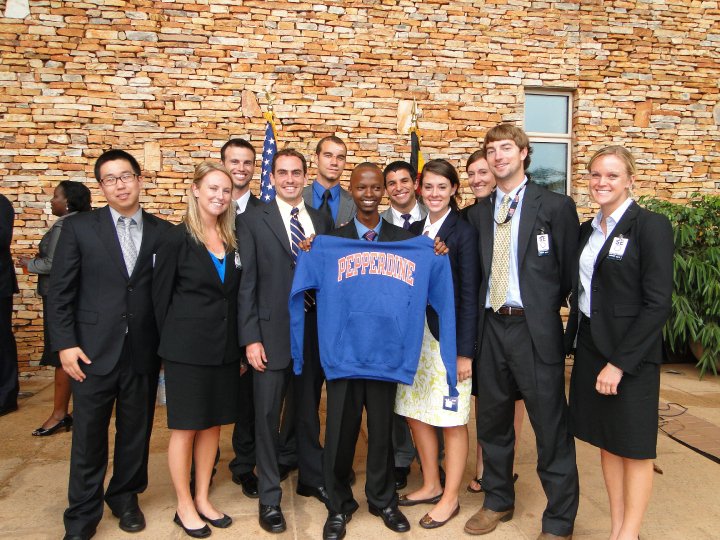 We are all looking forward to what lies ahead. As far as extracurriculars go, a group of us is going to Murchison Falls this weekend for a game drive safari and boat launch down the Nile. We are also planning trips to the Masai Mara reserve, Bwindi, Zanzibar, and possibly Rwanda to see our fellow Pepperdiners. Of course, watching the World Cup has been a primary source of entertainment over the past week.

Our time here has truly been a blessing, and we cannot overstate how thankful we are to everyone who helped make this a reality.  Stay tuned for more! 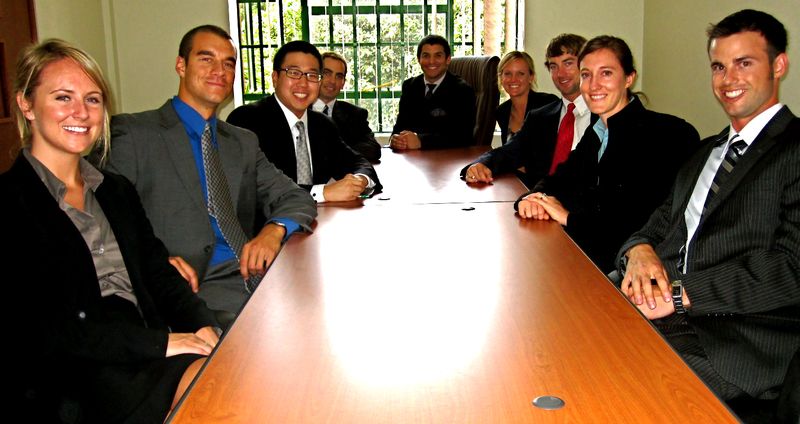