Edward is earning an LLM in Dispute Resolution from the Straus Institute for Dispute Resolution. Following his graduation, Edward will join Bovis, Kyle, Burch, & Medlin as an associate attorney in the firm's Atlanta office.

Edward graduated from Emory Law School in May 2021 and is a licensed member of the Georgia bar. He attended the University of Connecticut as an undergraduate (go Huskies!) where he was a journalist for the first two years and then hosted a sports talk radio show in his junior and senior years.

Edward has enjoyed getting to explore Pepperdine Caruso Law, but his favorite part about the LLM program has been the students and faculty. Brilliant, amazing people come to the Straus Institute from around the world, from all walks of life, and the opportunity to make friends with them and study with them has been one of the greatest experiences of his life.

Edward would like to thank God, his family, his teachers, and two of the dearest friends he has made at Caruso Law, Pragya Sharma and Abdul Qadim Sabir, who have added more joy and wonder to his life than he could have ever imagined. 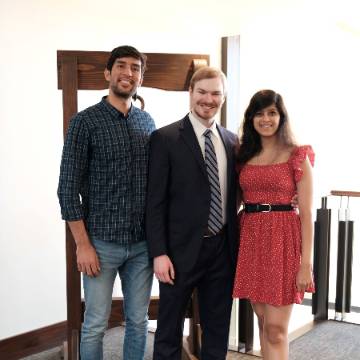