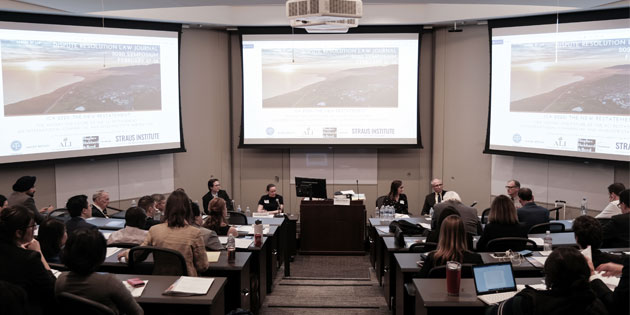 The Symposium centered on the completion of a twelve-year-long project to produce the Restatement of the Law, The U.S. Law of International Commercial and Investor-State Arbitration, which was approved at the 96th Annual Meeting of The American Law Institute (ALI) in Washington, D.C. in May 2019. It is the first time that ALI has produced a Restatement on this area of law. Professor Coe served as one of four Reporters on the Restatement, along with Main Reporter George Berman, and Associate Reporters Christopher Drahozal and Catherine Rogers, all of whom participated in the Symposium.

On Thursday afternoon, Professor Coe opened the Symposium and moderated its first panel which introduced the Restatement and featured experienced practitioners who discussed its key provisions, shedding light on the extensive drafting process undertaken by the reporters. Next, in a panel titled, "Why California?," Professor Coe led a discussion on recent statutory developments that affect the state in serving as a seat for international commercial arbitration (ICA). Attendees were then treated to a networking reception, sponsored by Mayer Brown LLP and Flores Rueda Abogados. 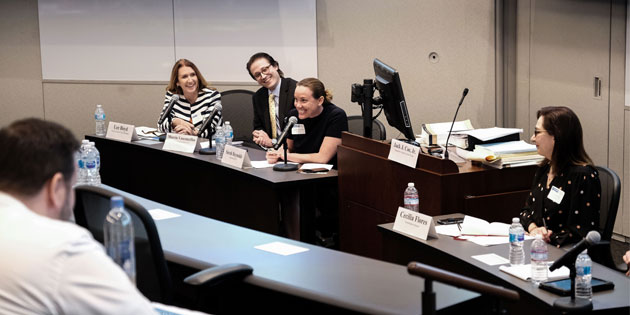 Professor Tom Stipanowich opened Friday morning's program by welcoming the distinguished speakers, law students from across Los Angeles, and colleagues in ADR. He praised the "massive vision, excellent teamwork, and the love, commitment and obsession," that brought this project to completion, giving tribute to the team that produced this monumental effort. DRLJ Editor-in-Chief, Savannah Billingham-Hemminger noted that the Journal is celebrating its 20th anniversary, and it is fitting that this project is the centerpiece for this year's annual symposium.

Barbara Reeves from JAMS opened the first panel of the day by asking her presenters about the need for the Restatement in ICA. David Rivkin, Partner at Debevoise, noted the necessity of Restatement by lawyers in the field. Carolynn Lamm, Partner at White & Case, explained the consultative group process where each chapter was debated "piece by piece," and "the intense debates of black letter law" that ultimately led to the positions in the Restatement. She noted that the document attempted to integrate U.S. law with international law on ICA and to provide clarity on the ever-evolving legal domestic landscape for international lawyers and companies. 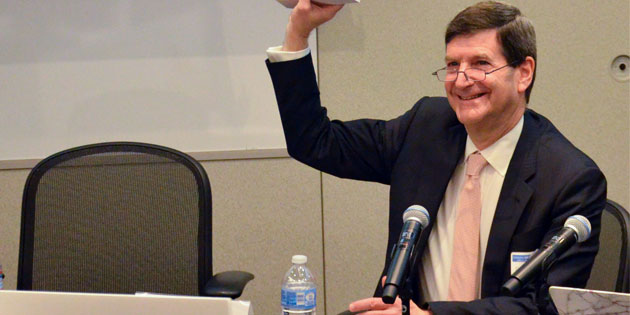 Professor Maureen Weston moderated a discussion on the Restatement's place in the "soft-law" provisions currently impacting ICA. Stephanie Middleton, Deputy Director of the American Law Institute, provided the "view from the kitchen" of the Restatement project and also shared ALI's goals in producing a Restatement in this area. She noted that since its passing, the Restatement has been praised by the ICA community and also challenged by powerful lobbies, due to some of its views and content. Guy Struve, Senior Counsel at Davis Polk, remarked on the impartiality of the Restatement authors and collaborators, saying that they "left their clients at the door." Jan Schaefer, Partner at King & Spalding Germany, stated that from the perspective of a foreign user, the Restatement offered "predictability and accessibility" with regard to U.S. arbitration law. In the past, he noted that it was difficult to choose a seat and identify red flags that a case posed for an international law firm. Now, the Restatement makes the "U.S. an attractive seat for arbitration." 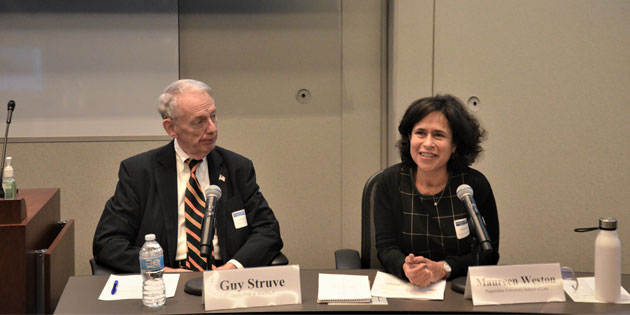 Pepperdine alumna Judge Jennifer Dorsey (JD '97), from the U.S. District Court of Nevada, led a discussion with U.S. Bankruptcy Judge Elizabeth Strong and Seventh Circuit Judge Diane Wood on how the Restatement may be utilized by the bench. Judge Strong served as an advisor on the project, calling it a "labor of love," and stating that judges are an important audience for the Restatement. Judge Wood stated that ICA issues arrive at various levels on the federal bench, and often judges "don't know what [they will] need to know until they know it." Judge Dorsey asked the judges about whether the Restatement will reform the bench's vernacular over time. Judge Strong noted that definitions were written last in the drafting process and will influence how judges choose to say things. Judge Wood noted the utility of the black letter law in the Restatement, as well as that of the comments, stating that the format the ALI uses is helpful to its users. The Restatement's Main Reporter, George Berman, Professor at Columbia Law School, joked that "with a good pair of scissors, we could domesticate the Restatement." 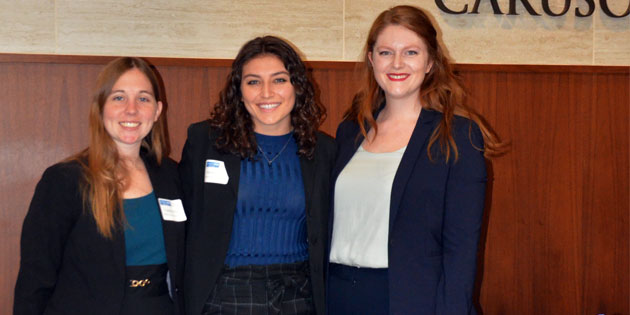 A lunch roundtable followed with Restatement Reporters George Berman, Professor Coe, Christopher Drahozal, and Catherine Rogers. The panel was moderated by Professor Stipanowich and included distinguished arbitration practitioners Julie Bedard, Cedric Chao, and Roger Alford. The conversation centered on attorney conduct, as it is addressed in the Restatement, as well as sections of the Restatements that applied domestically.

Two additional panels followed the lunch and focused on critical examinations of positions taken in the Restatement and portions of the Restatement that affect investor-state arbitrations. The Symposium concluded with a reception for speakers at the home of Dean and Courtney Caron, generously sponsored by Hughes, Hubbard, and Reed and Sheppard Mullin.