In the early morning of the first working day following the Chinese Spring Festival, Professor Tom Stipanowich, Dean of Pepperdine Law's Straus Institute for Dispute Resolution, and Sammy Liu, the Institute's Head of China Programs, sat in an old Beijing taxi, its torn seats covered with lamb skins to warm up the passengers in the chilly weather. Having flown for thirteen hours after Stipanowich taught a full day of class in Malibu, they were worried that they might miss their 9:30am appointment with the deans of the Peking University Law School and Stipanowich's scheduled presentation to law students.

Apparently, nobody had anticipated that day as the opening day of the Chinese National Congress Conference. Despite the driver's efforts, traffic was restricted, and it could take up to three hours to get to arrive at Peking University - they needed a miracle to change clothes and make their appointments on time. 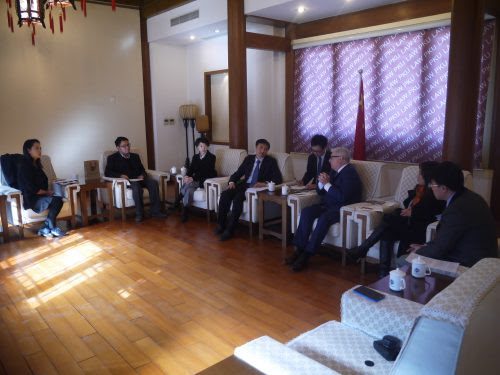 In the end, Liu and Stipanowich would make their appointments and numerous others during the next seven days. These included meetings and lectures at Peking University Law School and two other prominent law schools in Beijing, the University of International Business and Economics (UIBE), and the Chinese University for Political Science and Law (CUPL).  At CUPL, the largest law community in China with a law faculty of 800, Stipanowich and the President of CUPL, Professor Huang Jin, were taped by a film crew for a new CCTV Channel 12 TV series on arbitration in China. 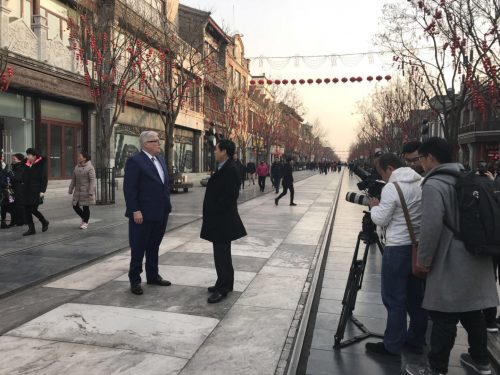 Stipanowich was one of only two foreign speakers at the Shanghai International Arbitration Conference, a multi-day event co-sponsored by the Straus Institute and many other organizations and attended by more than two hundred lawyers, arbitrators, and scholars from China and Hong Kong.  Stipanowich's speech was highly praised for its substance and insights on increasing confidence in commercial arbitration. Subsequently, a legal news report specialist for the Legal Daily, China's leading law newspaper, Ms. Mao Xiaofei, conducted a two-hour interview with Stipanowich on past and current issues in dispute resolution.

Stipanowich and Liu ended their trip with meetings and a talk at Shanghai's University for Political Science and Law (SHUPL).  Stipanowich spoke on "Lawyering Skills for the 21st Century." 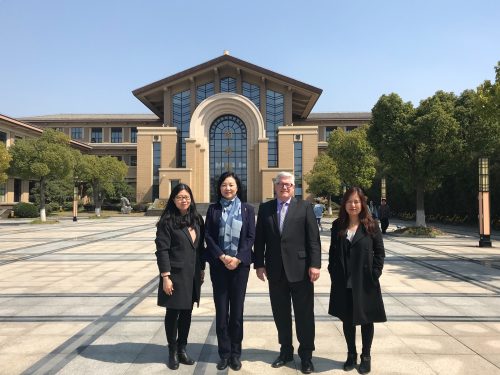