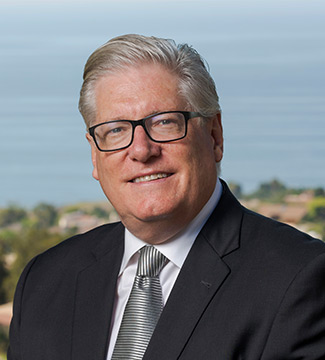 Thomas J. Stipanowich is William H. Webster Chair in Dispute Resolution and Professor of Law at Pepperdine University, as well as Professor of Law at the Straus Institute for Dispute Resolution (ranked number one among academic dispute resolution programs in thirteen of the last fifteen years by U.S. News & World Report), where he teaches courses in negotiation theory and practice, mediation, arbitration practice and advocacy, international commercial arbitration and international dispute resolution. He has also taught contracts, commercial law, remedies, Anglo-American legal history and property. He is a leading scholar, speaker and trainer on conflict resolution topics as well as an experienced arbitrator and mediator.

Professor Stipanowich was co-author, with Professors Ian Macneil and Richard Speidel, of the groundbreaking five-volume treatise Federal Arbitration Law: Agreements, Awards & Remedies Under the Federal Arbitration Act, cited by the United States Supreme Court and many other federal and state courts, and named Best New Legal Book by the Association of American Publishers. He also co-authored Resolving Disputes: Theory, Law and Practice (3rd ed. 2016), a law school course book supplemented by many practical exercises. He is the author of many other much-cited publications on arbitration and dispute resolution, and has twice won the CPR Institute's First Prize for Professional Articles (1987 and 2009) - most recently for Arbitration: The "New Litigation." In 2008, he received the D'Alemberte/Raven Award, the highest honor accorded by the ABA Section on Dispute Resolution, for contributions to the field. In the fall of 2010 he was Scholar-in-Residence at the Park Lane (London) office of WilmerHale, which specializes in international commercial arbitration. In the fall of 2014 he was the New Zealand Law Foundation's International Dispute Resolution Visiting Scholar, and in the summer of 2015 was a visiting professor at Heidelberg University's Institute of Private Law. In 2016 he was awarded the CPR Institute's James F. Henry Award for "outstanding achievement by individuals for distinguished, sustained contributions to the field of dispute resolution," and in 2017 was given the honorific title of Distinguished Law Professor by National Law University, Delhi, the third person and the first non-Indian to be so honored by that institution.

Professor Stipanowich is on the Executive Committee of the International Task Force on Mixed Mode Dispute Resolution Processes co-sponsored by the International Mediation Institute, the College of Commercial Arbitrators and the Straus Institute. He is an advisor on the ALI Restatement of U.S. Law on International Arbitration and was Editor-in-Chief of the influential College of Commercial Arbitrators Protocols for Expeditious, Cost Effective Commercial Arbitration. The Protocols received the 2010 Practical Achievement Award from the CPR Institute and the 2011 Lawyer as Problem Solver Award from the ABA Section on Dispute Resolution. He is also on the Advisory Board of the New York International Arbitration Center and the Academic Council of the Institute for Transnational Arbitration (ITA). He co-chaired the National Roundtable on Consumer and Employment Dispute Resolution, a facilitated conversation among leading experts that convened at Pepperdine and Penn State Schools of Law; he also spearheaded a series of empirical studies of corporate counsel, arbitrators and mediators to enhance understanding of current trends in commercial arbitration, mediation and conflict management.

From 2001 to 2006 Stipanowich served as President and CEO of the New York-based International Institute for Conflict Prevention & Resolution (CPR Institute), a think tank/coalition of leading corporate general counsel, senior attorneys, scholars and judges, and one of the world's leading dispute resolution organizations. Under his leadership the Institute expanded its operations in the EU and China and started other initiatives on commercial mediation and dispute resolution, broadened the CPR Board to include several leading corporate counsel, increased annual revenues and moved into larger headquarters in midtown Manhattan. He created CPR's Corporate Counsel Roundtable and piloted the creation of the first extensive integrated training program on conflict management with a major international law firm.

As William L. Matthews Professor of Law at the University of Kentucky (1984-2001), Stipanowich led the CPR Institute's Commission on the Future of Arbitration, producing a book of practice guidelines, Commercial Arbitration at Its Best: Successful Strategies for Business Users (2001). He was academic advisor for revisions to the Uniform Arbitration Act and the Uniform Mediation Act and chief drafter of the Consumer Due Process Protocol (1997) which became the basis of the AAA's consumer arbitration procedures. He served on the Board of Directors of the American Arbitration Association (AAA), and was the first AAA International Visiting Scholar (2000). He helped revise the AAA's Construction Dispute Resolution Rules and gave input into various procedures of CPR and JAMS. He also served as Public Member and, later, Chair of the Securities Industry Conference on Arbitration (SICA). He was actively involved in the revision of the Code of Ethics for Arbitrators in Commercial Disputes. In 1991, he founded the Mediation Center of Kentucky, a court-connected program still in operation.

Professor Stipanowich has considerable experience as a commercial and construction arbitrator, mediator, facilitator and special master, with emphasis on large and complex cases in the U.S. and internationally. He has received appointments through the American Arbitration Association (AAA), JAMS, the International Center for Dispute Resolution (ICDR), the International Chamber of Commerce (ICC), and the CPR Institute. He has trained arbitrators or mediators for the AAA, CPR, the Chartered Institute of Arbitrators and the Straus Institute. He is also on the arbitration panel of the Beijing Arbitration Commission and played a major role in the development of their mediation program. He is on the Advisory Board of the New York International Arbitration Center and on the Academic Council of the Institute for Transnational Arbitration (ITA).

Stipanowich is a sought-after speaker and trainer, and has conducted skills training or educational programs for many leading companies and law firms. Stipanowich is responsible for a series of "Conversations" - in-depth interviews with leading figures on conflict resolution topics. His interviews with Archbishop Desmond Tutu and his leading biographer were incorporated in a video entitled: "Desmond Tutu, Peacemaker: A Conversation with Desmond Tutu and John Allen." He is at work on a book entitled, The Lincoln Way: Abraham Lincoln as a Negotiator, Problem Solver and Manager of Conflict, as well as a project on actor-studio conflict in the Golden Age of Hollywood (focusing on James Cagney, Bette Davis and Olivia de Havilland at Warner Brothers).

Stipanowich received his bachelors and masters degrees in architecture (as a National Merit Scholar) with highest honors (Bronze Tablet), winning among other awards the American Institute of Architects School Medal, the Ryerson European Traveling Fellowship, and the Allerton American Traveling Fellowship; and a law degree (magna cum laude, Order of the Coif) from the University of Illinois. Upon graduation he joined what was then the nation's largest construction law practice, Smith, Currie & Hancock, in Atlanta, where he acquired extensive experience with litigation, arbitration and mediation. After becoming a professor of law he continued law practice for a number of years as counsel for Stites & Harbison, a large southeastern law firm. Stipanowich holds an AV-rating from Martindale-Hubbell and was recently listed among Top-Rated Lawyers in Southern California and Top Construction Lawyers nationally. He received the highest honor (Companionship) of the Chartered Institute of Arbitrators, is a Fellow of the American College of Construction Lawyers, a Founding Fellow of the American College of Commercial Arbitrators, an Honorary Member of the International Academy of Mediators (IAM), and the American College of Civil Trial Mediators (ACCTM), and an Honorary Member of the Garibaldi ADR Inn of Court. He was selected as one of 500 outstanding lawyers in America in a survey conducted by the legal magazine Lawdragon. In 2011 he received the Randolph Lowry Award from the Southern California Mediation Association in recognition of his scholarly contributions in the field of conflict resolution. Stipanowich is married to Sky Yancey and has four children. He enjoys sketching, painting and singing with various vocal groups.