What is Global Justice? 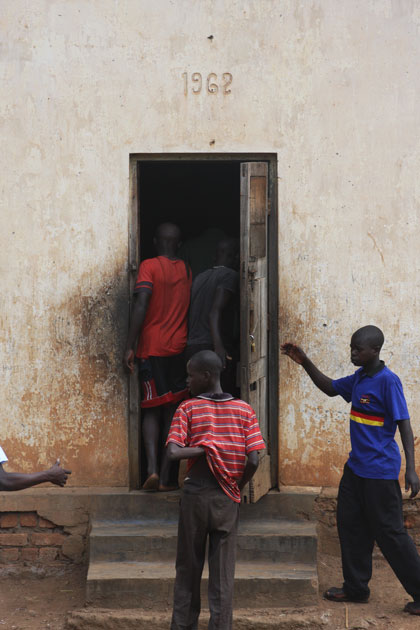 Fighting for the God-given rights of every person, everywhere.

We believe that God created every single person uniquely in His image. As such, every man, woman, and child deserves to live free from oppression and suffering at the hands of broken systems or broken people. Things like freedom, opportunity, and hope should be unequivocal rights, not commodities dictated by your birthplace or your bank account.

Unfortunately, for millions of people around the world, injustice is a daily reality and a constant burden. In fact, there are by some estimates 40 million slaves in the world today, many of whom are children. Millions of girls are denied the right to an education simply because they are girls, thousands of innocent people languish in prisons without access to an attorney, and countless lives are lost every year due to the lack of access to clean drinking water, food, or life saving antibiotics.

That is not okay.

To us, global justice means working tirelessly to fix the broken systems that lead to despair, and to restore freedom, hope, and opportunity to every person, everywhere.

Why the Rule of Law Matters

Well, we believe that global justice means more than simply prosecuting those who violate the law. Justice is holistic. It is freedom from violence and oppression, and it is access to ample food and clean drinking water. It is advocating for those unjustly languishing in prison without a voice, and it is the ability to obtain basic health care. It is the unrelenting fight against racism in all of its forms, and it is the right to an education.

You see, we can build schools or dig new water wells, but if violence and injustice are allowed to permeate in a society, the poor and vulnerable are unlikely to reap their benefits. In fact, the World Bank has found that "in many developing countries, high levels of crime and violence not only undermine people's safety on an everyday level, they also undermine broader development efforts to improve governance and reduce poverty." Similarly, the United Nations Office on Drugs and Crime (UNODC) has found that "a foundational level of order must be established before development objectives can be realized."

In other words, when a country makes sure good laws are in place, and that those laws are enforced, a foundation exists which allows all other forms of development and justice to thrive. That is why the rule of law matters, and that is why dedicate our time and resources to partnering with countries around the world to create and implement just laws.