In 2007, our friend and partner, Bob Goff, traveled to Uganda to help fight against some of the grave injustices that were taking place at the time. Being a Pepperdine Professor, Bob decided to invite some Pepperdine students along with him for the ride. Friendships were formed, and what followed was a pilot program whereby the Ugandan Judiciary agreed to employ Pepperdine Law students as summer interns.

While clerking for the Ugandan Judiciary the following summer, two students recognized a glaring problem: case backlog in the Ugandan court system was so bad that some people were waiting up to seven years before having a chance to defend themselves at trial – most of them without an attorney. The students proposed to the Judiciary that they consider adopting a plea bargaining system in order to alleviate the backlog in Uganda’s courts and reduce overcrowding in their prisons. Uganda agreed, and in 2009 we signed an official memorandum of understanding (MOU) with the Ugandan Judiciary to memorialize our relationship and begin partnering together on the implementation of plea bargaining throughout the country.

Since then, we have partnered with Uganda on numerous hands-on plea bargaining trainings as well as national conferences, joining together the nations top leaders to advance the implementation of plea bargaining in their criminal justice system. As the success of reducing case backlog and prison overcrowding through plea bargaining spread across the African continent, we have been approached by several countries to join forces in implementing similar reforms.

The opportunities and partnerships arising have us at the edge of our seats and we are having so much fun visioning the future of this institute.

We do our best work while partnering with other experts to build teams that bring the highest and best results. One of those partners is International Justice Mission (IJM). In the fall of 2019, our program signed an MOU with IJM, agreeing to link arms on several different initiatives around the world. Our vision is to continue to connect with like-minded partners who similarly seek the highest and best result for the people we are serving.

With an expansion of partnerships comes an expansion of projects. Plea bargaining continues to be a sought after tool by several nations and we are ready to use our experience from Uganda to assist in this legal reform. And while these projects are a long term investment, they also must come to an end to truly be successful. In places like Uganda, where plea bargaining training will soon begin to wind down, we are partnering in new areas of reform, such as the Juvenile Public Defender Office, followed by a full-fledged Public Defender Office for the country. While we continue our deep investment in Uganda, our heart is to support all nations seeking better justice for their people. We've had the privilege of building new and strategic relationships with the Ghanaian Judiciary and are working with them on developing plans for plea bargaining. We have also been contacted by Guatemala, El Salvador, and Rwanda to partner on various legal projects.

As a law school, we are uniquely situated to engage in legal matters, while also training up the next generation of attorneys. As our relationships expand and grow around the world, so do our opportunities for our students to engage in unique and transformative work. Our new relationships in Ghana have resulted in summer internship positions with their supreme court. We hope to continue building a range of opportunities for students interested in pursuing careers in international law and human rights.

We have an endless amount of work focusing on the law school, engaging our students, alumni, and partners around the world on our various initiatives. However, we also have a huge demand for non-legal projects paired with significant interest from professors, staff, and students from our other schools at Pepperdine and others around the country. Our bold vision is for this institute to serve as the springboard for a university-wide department with initiatives around the world for all five schools to engage in. 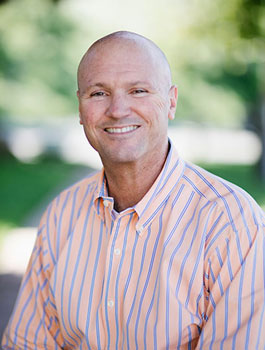 Danny DeWalt has been an adjunct professor at Pepperdine Caruso Law since 2009 and was a full-time member of the law school's leadership team from 2014-2019. He currently serves as Vice President and Chief of Staff for Pepperdine University in addition to his role with the Sudreau Global Justice Institute. Prior to Pepperdine, DeWalt spent his first career as a pastor and then transitioned into law, where he practiced for 15 years as a construction defect litigator. While practicing, he and his law partner founded a school to help children in northern Uganda affected by the civil war. He took his first trip to Uganda in 2006 and returns several times each year to help with the school, its construction, and developing the DNA of the administration and students. DeWalt now leads the Sudreau Global Justice Institute and its vision for expanding to all schools at Pepperdine. 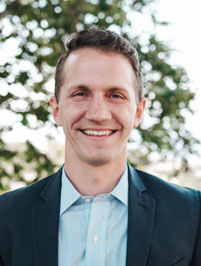 Cameron McCollum joined the Pepperdine staff as the Director of the Sudreau Global Justice Institute in the fall of 2019. Prior to returning to Pepperdine to become the SGJI Director, Cameron practiced law in Dallas, Texas as an associate at Kirkland & Ellis. He received his BBA in Business from Baylor University in 2011, and his J.D. from Pepperdine Caruso Law magna cum laude in 2017. Before attending law school, Cameron helped launch a real estate start up and was actively involved in ministry leadership through his local church. Through his roles in ministry, he participated and led many trips to Africa and developing nations around the world. 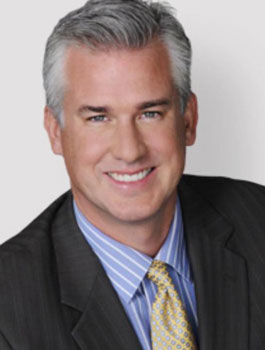 Alan Collier is an alumnus of Pepperdine Law (Class of '90) and returned in the fall of 2019 to act as the SGJI's Director of West Africa based in Accra, Ghana with his wife Libby. He was a partner in the law firms of Mendes & Mount and Fitzpatrick & Hunt, Tucker, Collier, Pagano, Aubert until 2015 when he left to pursue a legal consulting practice in Aviation and Aerospace Law, as well as to support the work of the non-profit Today's Urban Renewal Network (TURN) with his wife. Alan and Libby's work in Africa began in 2005 on a project with World Vision in Uganda and has continued through the present. They are thrilled with the opportunity to help pioneer Pepperdine's justice work in Ghana and its vision for West Africa. 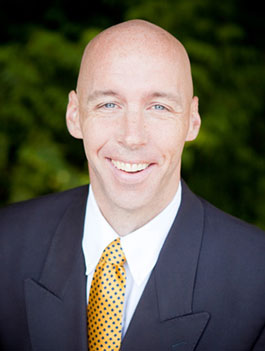 Scott Leist spent 7 years as a Seattle Police Officer, including service in patrol, tactical teams and undercover and plainclothes assignments upon graduation from the University of Washington. After receiving his JD from Seattle University, Scott spent several years at a large national law firm before joining the Criminal Division of the King County Prosecutor's Office. In his time as a prosecutor, Scott tried over 70 felony cases to verdict, handled appeals at every level of Washington State courts and managed and mentored new prosecutors in a misdemeanor court. Scott and his family moved to Kenya in 2008 where Scott was the country director for International Justice Mission. Upon returning to the US in late 2009, Scott formed his own law firm focused on criminal defense. Scott began his official post as Director of East Africa in the fall of 2020. In addition to the planned launch of a plea bargaining program in Rwanda, Scott manages programs in Uganda, including Prison Projects, the Magistrate Court plea bargaining project, and the pending expansion of that project to include public defense. 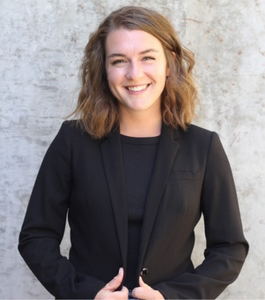 Brynn Barton is currently serving as the West Africa Legal Fellow in Accra, Ghana. She travelled to Ghana for the first time in 2019 with the inaugural Ghana intern group for SGJI where she worked as a clerk for the Supreme Court. Brynn developed an interest for international work at a young age as she was born in Kenya and spent the first seven years of her life in Jinja, Uganda. She has returned to Uganda multiple times since, including as a summer intern for Kibo Group International in 2014. In law school and college, she studied abroad in Montevideo, Uruguay and London, where she worked for WilmerHale's international arbitration group. Brynn received her BA in Global Studies from Abilene Christian University and her J.D. from Pepperdine Caruso School of Law. She is excited to be back in Ghana and to be a part of SGJI's criminal justice reform efforts in West Africa.