Pepperdine University Caruso School of Law alumna Rachel Luba (JD '16) has been named to the 2021 Forbes 30 Under 30 – Sports. Luba is the founder of Luba Sports and a former UCLA gymnast turned competitive boxer.

As a student, Luba was driven by her goal to become a sports agent. She was active in the Sports Entertainment Law Society and credits her experience in the International Baseball Salary Arbitration Competition as an opportunity to hone her skills in salary arbitration and in meeting baseball industry experts. After graduating from Caruso Law, Luba worked as a Salary Arbitration attorney at the MLBPA, where she helped take a record-number 22 cases to hearing—winning 12 against the Teams. Luba launched her own agency in 2019, becoming the youngest female MLB Agent and starting the first ever female-owned Agency. During her first offseason as a Player-Agent, Luba negotiated her first contract worth $17.5M for Starting Pitcher Trevor Bauer, making him the second-highest paid salary arbitration eligible pitcher in history.

Professor and Academic Co-Director Institute for Entertainment Media & Culture Maureen Weston describes Luba as a "true inspiration for her innovation, talent, and tenacity."

Luba is the youngest certified female MLB Agent and the only female with her own agency; clients include Trevor Bauer and Yasiel Puig. She co-hosts the podcast "Cork'd Up" with NBC Sports analyst Jessica Kleinschmidt and launched her own line of nail polish with ORLY Nails. 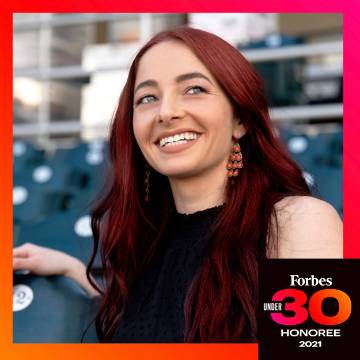