Pepperdine Caruso Law is pleased to congratulate its latest bell-ringer in recognition of post-graduate employment success, Joseph Castro! Joseph was joined in the joyful celebration by Dean Paul Caron, Vice Dean Naomi Goodno, Professor Stephanie Williams, Dean of Admissions Shannon Phillips, Assistant Dean of Career Development Laine Kontos, and members of the Administration Offices and Deans' Suite. Prior to ringing the bell, Joseph gave special thanks to Dean Goodno for her encouragement, Professor Nancy Hunt for her mentorship, and Professor Williams for believing in him before he believed in himself. Dean Caron expressed his gratitude for what Joseph has accomplished on behalf of veterans during his time at Caruso Law. 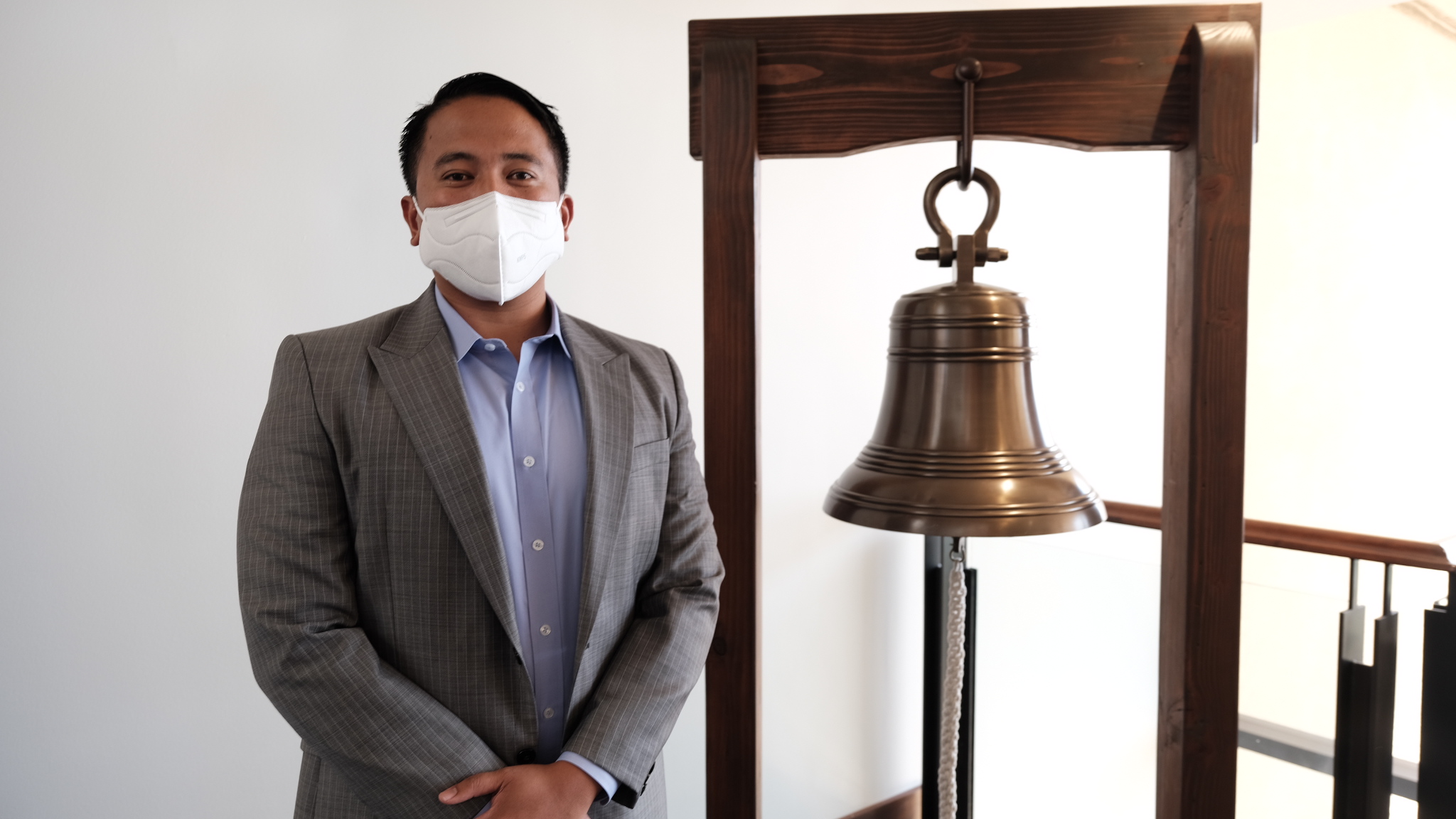 Following graduation, Joseph will serve as a judicial law clerk to the Honorable Thomas L. Parker, U.S. District Judge for the Western District of Tennessee. For Joseph, the position is his dream job. He first learned about judicial clerkship opportunities through Legal Research and Writing Professor Stephanie Williams. The entire Faculty Judicial Clerkship Committee at Caruso Law, including Professor Nancy Hunt in particular, figured prominently in preparing Joseph for the application process.  Joseph considers Professors Williams and Hunt to be his mentors and credits much of his success to them. 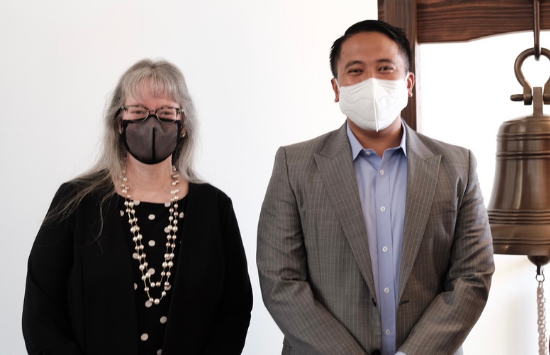 Joseph is a first generation law student. He was born and raised in the Philippines, and earned his Bachelor of Science degree from the Ateneo de Manila University in 2010. He immigrated to the United States a month after graduating from college. Joseph served for eight years as a United States Navy Hospital Corpsman serving in Europe, the Middle East, and on both coasts of the United States. He separated from the military on a Friday and began as a Caruso Law first-year student the following Monday.  Joseph is grateful to Caruso Law for being extremely supportive of his transition from the military.

At Caruso Law, Joseph serves as President of the Veterans Legal Society and as Note and Comment Editor for the Pepperdine Law Review, where he received the Sorenson Award for the most outstanding student law review article submitted. He is currently a Legal Research and Writing teaching assistant and will also serve as a Constitutional Structure teaching assistant to Professor Bernie James. 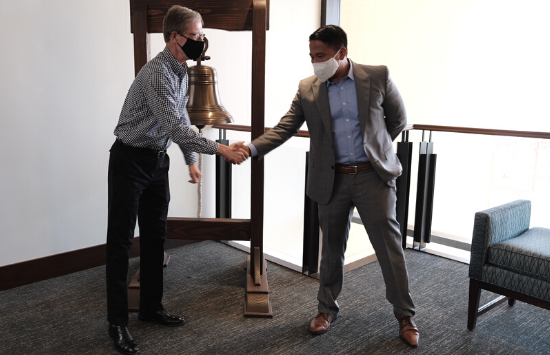 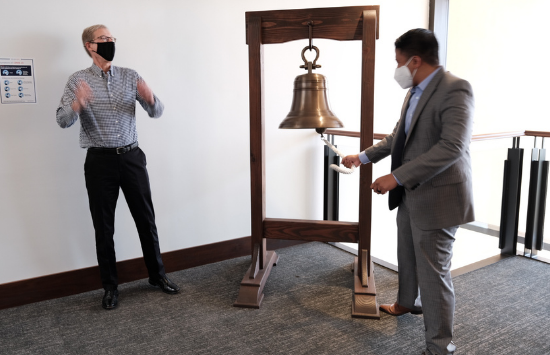