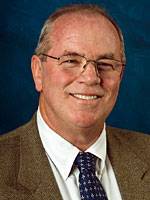 H. Mitchell Caldwell teaches Criminal Law and Criminal Procedure as well as trial advocacy courses and serves as advisor of the law school's highly successful interschool trial teams. Before joining the Pepperdine faculty, he was a trial prosecutor in Santa Barbara and Riverside counties. Full Bio for Harry Mitchell Caldwell 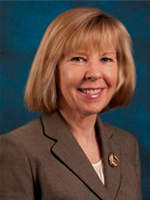 Before joining the Pepperdine faculty, Professor Chase was an assistant U.S. attorney for the criminal division in Los Angeles. She has been an associate in the Los Angeles offices of Hughes, Hubbard & Reed, and Skadden, Arps, Slate, Meagher and Flom. She is a member of the American Bar Association, the California State Bar, and is admitted to practice in the Ninth Circuit Court of Appeals, and the U.S. District Court for the Central and Eastern Districts of California. Full Bio for Carol A. Chase 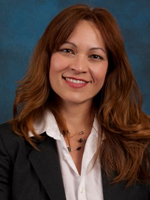 After focusing on history and teaching as an undergraduate at Princeton University, Professor Goodno attended Boalt Law School for the first two years and spent her third year studying at Harvard Law School. While at Boalt, Professor Goodno served as an articles editor for the California Law Review. At Harvard, she was an active member of the Mediation Program. She also interned at the U.S. Attorney's Office, Northern District of California, and the Alameda District Attorney's Office. She recently clerked for the Honorable Arthur L. Alarcon of the U.S. Court of Appeals for the Ninth Circuit. Full Bio for Naomi Goodno 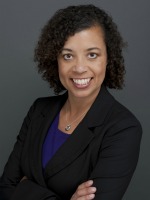 While at Stanford Law School, Professor Goodman participated on the board of directors for the Annual Women of Color and the Law Conference, worked as a teaching assistant in the political science department, and was an assistant editor for a new journal on gender issues. After law school she worked as an associate at Manatt, Phelps & Phillips (1991-93) and Gipson, Hoffman & Pancione (1993-1995), engaging in civil litigation in state and federal courts. In 1995, Professor Goodman began teaching at UCLA, and created and taught a course in lawyering skills for public interest attorneys. Full Bio for Chris Chambers Goodman 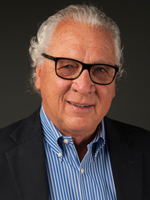 Professor McGoldrick began his career as a trial attorney for the U.S. Department of Justice in the attorney general's Program for Honor Law Graduates, Antitrust Division. He is a member of the State Bar of California and the American Bar Association. Professor McGoldrick is admitted to practice in the Ninth Circuit Court of Appeals. He teaches Constitutional Law, Criminal Procedure, and Federal Courts. Full Bio for James M. McGoldrick, Jr.