From 2011-2016, Judge Amon served as Chief Judge of the Eastern District. Judge Amon was a member of the Judicial Committee on Codes of Conduct from 1993 to 2001 and chair from 1998 to 2001. She also served as an advisor to the ABA Joint Commission to Evaluate the Model Code of Judicial Conduct. She is a graduate of Willam and Mary and the University of Virginia School of Law. Prior to her appointment to the district court in 1990, Judge Amon served as a U.S. magistrate, Assistant U.S. Attorney for the Eastern District of New York, and a trial attorney for the U.S. Department of Justice.

Judge Dorsey was appointed to the U.S. District Court for the District of Nevada in 2013. Before taking the bench, she was a partner in the civil litigation firm of Kemp, Jones & Coulthard LLP, which she joined immediately after receiving her JD from Pepperdine in 1997. While in private practice, Judge Dorsey was selected to serve on the Nevada Supreme Court's Committee on Professionalism, was listed among the Top Women in Litigation and Nevada's Legal Elite, and held Martindale-Hubbell's highest AV rating for competency and ethics. She is a member of the UNLV Foundation's Advisory Board and the Pepperdine Caruso School of Law Board of Visitors. She teaches judicial writing for law clerks and externs as an adjunct professor at UNLV's Boyd School of Law. 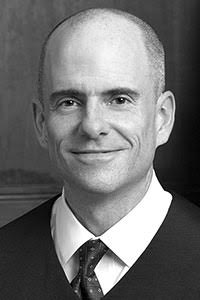 United States Court of Appeals for the Eleventh Circuit 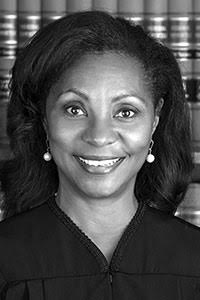 United States District for the Central District of California

Judge Stevenson was appointed a US magistrate judge for the Central District of California on August 10, 2015. Prior to joining the court, she was Of Counsel with Buchalter Nemer in Los Angeles, where she specialized in complex commercial litigation. With the Honorable Virginia A. Phillips, Judge Stevenson is coauthor of Federal Civil Procedure Before Trial (Rutter Practice Guide) and a frequent speaker on electronic discovery. A former editor in chief for the American Bar Association Litigation Section's Litigation News, Judge Stevenson writes a regular column, "View from the Bench," for that publication. Judge Stevenson earned her JD with distinction at Stanford Law School, an MA in European history at Oxford University, United Kingdom, as a Rhodes Scholar, and received her BA in history (Phi Beta Kappa) at the University of North Carolina at Chapel Hill.

The Honorable Martin R. Barash is a U.S. Bankruptcy Judge for the Central District of California in Woodland Hills, sworn in on March 26, 2015. He brings more than 20 years of legal experience to the bench. Prior to his appointment, Judge Barash had served as a partner at Klee, Tuchin, Bogdanoff & Stern LLP in Los Angeles since 2001, where he counseled parties in chapter 11 cases and litigated chapter 7 and chapter 11 bankruptcy cases. Following law school, he clerked for Judge Procter R. Hug, Jr. of the U.S. Court of Appeals for the Ninth Circuit from 1992-93. Judge Barash is a member of ABI's Board of Directors. He also serves as a director of the Judicial Leadership Development Council and is a member of the NCBJ Committee on Judicial Security. He previously was a member of the board of directors for the Los Angeles Bankruptcy Forum. Judge Barash is a frequent panelist on bankruptcy law issues and has been a guest lecturer at the UCLA School of Law. He has also been involved in the local legal community as a pro bono attorney with the Public Counsel Chapter 7 Reaffirmation Hearing Clinic, and has been a volunteer judge for a course on negotiating and confirming chapter 11 plans at the UCLA School of Law and with UCLA's Mock Trial Competition. He currently serves as a director and immediate past president of the Junior Statesmen Foundation, a national, nonpartisan organization sponsoring civics education programs for high school students. Judge Barash received his A.B. magna cum laude in 1989 from Princeton University and his J.D. in 1992 from the UCLA School of Law, where he served as member, editor, business manager and symposium editor of the UCLA Law Review.

The Honorable Barry Russell is a Bankruptcy Judge with the U.S. Bankruptcy Court for the Central District of California in Los Angeles, appointed in 1974. He served as Chief Judge from January 2003 to December 2006, and served on a Bankruptcy Appellate Panel and from September 1999 to December 2001. He is a Fellow of the American College of Bankruptcy and has been a faculty member of the Federal Judicial Center in Washington, D.C., since 1977, lecturing to other bankruptcy judges throughout the U.S. Judge Russell received the American Bar Association's Franklin N. Flaschener Judicial Award as the outstanding judge in the U.S. in a trial court of special jurisdiction in 1987. He was the first American invited by the Supreme People's Court in the People's Republic of China to lecture on the subject of bankruptcy law in September 1988. In 2000, Judge Russell received the Los Angeles County Bar Association Dispute Resolution Services' Emil Gumpert Judicial ADR award, and in 2004 he received the Los Angeles County Bar Association's Outstanding Jurist Award. He was also awarded the Lifetime Achievement Award by the Association of Insolvency and Restructuring Advisors (AIRA) in the Bankruptcy and Restructuring Field. On Oct. 13, 2008, the San Fernando Valley Bar Association awarded Judge Russell the Stanley Mosk Legacy of Justice Award on Feb. 19, 2009, and he was awarded the Judge William L. Norton J. Judicial Excellence Award in 2013. Judge Russell received his B.S. in engineering and his J.D. from UCLA.

Erwin Chemerinsky became the 13th dean of Berkeley Law on July 1, 2017, when he joined the faculty as the Jesse H. Choper Distinguished Professor of Law. Prior to assuming this position, he was the founding dean and distinguished professor of law at University of California, Irvine School of Law, as well as a professor at Duke University and the University of Southern California Gould School of Law. He is the author of 10 books, including two books published by Yale University Press in 2017, Closing the Courthouse Doors: How Your Constitutional Rights Became Unenforceable and Free Speech on Campus (with Howard Gillman). He frequently argues appellate cases, including in the United States Supreme Court. In 2016, he was named a fellow of the American Academy of Arts and Sciences. In January 2017, National Jurist magazine again named Chemerinsky the most influential person in legal education in the United States.

Professor McDonald teaches courses in constitutional law, First Amendment law, comparative constitutional law and copyright law. He is a recognized expert on constitutional law and the U.S. Supreme Court. His current projects include a book on the U.S. Constitution entitled Our Dangerous Written Constitution. Professor McDonald graduated with honors from the Northwestern University School of Law. Upon graduation he clerked for the Honorable James K. Logan of the U.S. Court of Appeals for the Tenth Circuit, and then served as a law clerk to Chief Justice William H. Rehnquist during the 1989-1990 term of the Supreme Court of the United States. Prior to joining the faculty, Professor McDonald worked for the U.S. Department of State, the law firm of Gibson, Dunn & Crutcher, and as general counsel to two different technology companies. He is currently a member of the State Bar of California, the American Bar Association, and the American Association of Law Schools (AALS). Professor McDonald serves on the Scholarly Research Committee of the Southeastern Association of Law Schools (SEALS).