Study in the Heart of the Entertainment Industry

Nestled in the hills of Malibu, California, Pepperdine is centrally located to host a variety of entertainment, media and sports law events which have included the National Entertainment Moot Court Competition, 1st public sports arbitration, Farmer's Field Mediation, and several symposiums including Arbitrating Sports, Doping and the Culture of Sports, Women in Hollywood: 100 Years of Negotiating the System, The New Normal in College Sports, and more.

Craft Your Own Experience

Pepperdine is the only program in the country combining entertainment, media, and sports law, with dispute resolution and business. Electives include courses from the top ranked dispute resolution program* or in partnership with Pepperdine's Graziadio Business School to design your own program.

Be a Part of a Growing Network of Distinguished Alumni 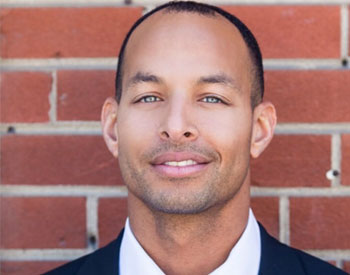 The expansive course offerings emphasizing issues in entertainment and sports helped me navigate my way to practice areas I was most passionate about. I then took afternoon trips to the Malibu beaches in between classes and fell in love. There are few choices in life better than the investment into oneself.

I have a foreign law degree, am I eligible for the LLM at Pepperdine Caruso Law?

International students that have the first degree of law required to practice law in their country are eligible to apply for the LLM in Dispute Resolution program.

Do I need to get my transcripts evaluated?

All foreign transcripts must be evaluated through an evaluation agency. Applicants for the LLM in Dispute Resolution can have their transcripts evaluated by LSAC's LLM Credential Assembly Service if they are applying online via LSAC. This is the recommended method of application.

Applicants applying using our paper application form will not be able to use LSAC's evaluation service without paying for all of their services. These applicants have the option to use WES to evaluate their transcripts.

Students applying to the Certificate or Master's in Dispute Resolution are also required to have their transcripts evaluated through WES. Applicants will need to select the course-by-course evaluation option.

Do I need to take an English Proficiency Exam?

The Straus Institute's academic programs rely heavily on class discussions, stimulating simulated exercises and written papers, so it is imperative that international applicants are able to demonstrate a proficiency in English. English proficiency is determined by the TOEFL or IELTS exam, as well as a Skype or in person interview.

Those that received the majority of their education in English and feel they meet our language requirements can submit a proposal to waive the English proficiency examination requirement. This proposal must outline the applicant's English education/training, describe how they feel they meet our language requirements and provide supporting documentation. This can be sent to dracademics@pepperdine.edu, and will be considered with a Skype or in person interview.

Pepperdine University Caruso School of Law has partnered with UCLA's American Language Center and UC Irvine's Extension Center to allow their international students to qualify for the graduate programs at Straus without the need for a TOEFL or IELTS score! Once the UC student finishes the highest level of English instruction in any of the above-referenced schools, the language proficiency requirement for applying to Straus is waived. Applicants opting to participate in the English Center Partner Programs may also apply for conditional admission that will allow applicants to take English courses prior to starting their LLM until they can demonstrate English Proficiency by completing the designated level at an approved partner. In other words, applicants will not be able to start their LLM coursework until they meet Pepperdine's language requirements. Applicants will be able to gain full admission after submitting a completion Certificate and participating in a Skype interview. Additional details can be found on the English Center Partner Programs website.

Will I be able to sit for the California or New York Bar?

Do I need to complete the program in one year?

Working professional also have the option to commute for the program using our one week and two-weekend intensive formats. In addition to the commuting option, students can also choose to split their coursework over two summers.

Are courses only available in Malibu?

In addition to the Malibu program, Pepperdine has recently partnered with Heidelberg University to transfer 8 units of coursework to Pepperdine's LLM program. The Pepperdine-Heidelberg Collaborative allows German speaking students the opportunity to complete the LLM with only one semester of residence in California.

In addition to the Heidelberg program, Pepperdine is scheduled to start a pilot program at Pepperdine's London campus offering extended weekend courses in London, requiring a portion of the summer and two one-week intensives in Malibu.

I want to be a mediator. Should I participate in a training program or get a Certificate or LLM in Dispute Resolution?

If your interest is in volunteering at the courthouse, the Mediating the Litigated Case program will meet the minimum requirements of many courthouses without making the investment of an educational degree. If your interest is in going into private practice, the Certificate and LLM program will provide you with more credibility than any training program.
The academic programs provide an academic understanding of dispute resolution processes through the exposure to relevant literature as well as extensive conversations about practical skills and techniques. In addition to basic courses, elective courses include topics in Divorce and Family Mediation, Dispute Resolution Systems Design, Ombuds, Employment Dispute Resolution, and various other topics. Students in the LLM program are required to develop their mediation skills though the Mediation Clinic class where students are able to mediate cases at various courts within Los Angeles County.

I have a full-time law practice, what are my options as a part-time student?

The Straus Institute recognizes the schedule limitations for busy professionals, and offers the Certificate, MDR, and LLM programs with full-time or part-time options. Students can coordinate their participation in our academic programs with the pace of their professional and family commitments by taking advantage of one week, two weekend and evening courses at the Malibu campus.

I don't live in California, can I still participate in the program?

The Straus Institute's courses are offered in a variety of formats including one week, two weekend, and fifteen week formats. Students have commuted from various locations across the nation including Texas, New Jersey, Tennessee, Alaska, Hawaii, Utah, Alabama, South Carolina, North Carolina and Arizona. Many of these commuting students take advantage of the two weekend courses offered at the Irvine campus, which is across the street from the John Wayne Airport. Commuting students can also participate in the intensive summer programs and the weekend courses offered at the Malibu campus.