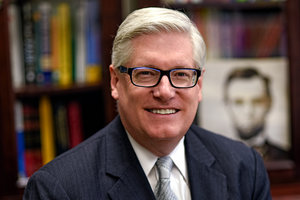 The Straus Institute’s Theory-to-Practice Research Project was begun in 2013 as an ongoing initiative aimed at expanding our knowledge of dispute resolution practices; understanding the perspectives of mediators, arbitrators, judges, corporate counsel, and legal advocates; and garnering other empirical information regarding dispute resolution processes and participants’ judgments, decisions, and choices. The institute was previously engaged in a number of empirical research efforts, including Straus director and professor Peter Robinson’s groundbreaking studies of settlement practices among California judges and Straus director, William H. Webster Chair and professor Tom Stipanowich’s analysis of the landmark 2011 survey of Fortune 1,000 corporate counsel by the institute in cooperation with Cornell University and the International Institute for Conflict Prevention & Resolution (CPR). Stipanowich’s coauthored article entitled “Living with ADR: Evolving Perceptions and Use of Mediation, Arbitration and Conflict Management in Fortune 1000 Corporations” in the Harvard Negotiation Law Review (2014) was last year’s most-downloaded article on the Social Science Research Network under the headings of “arbitration,” “mediation,” and “ADR.”

In 2013 three initiatives were undertaken under the umbrella of the research project: two parallel, pioneering studies of practices and perspectives among dispute resolution professionals—one of experienced arbitrators and the other, experienced mediators; and a survey of corporate counsel cosponsored by a section of the American Bar Association. All three efforts were undertaken by Stipanowich with the assistance of Zach Ulrich (MA ’12, JD ’13, MDR ’13), who was named the Straus Institute’s inaugural Research Fellow. The three surveys, each of which involved the creation of an online platform and individualized invitations to participants, as well as significant follow-up, could not have been implemented without his dedicated effort. Two of these initiatives are summarized here.

A parallel survey of experienced mediators, the International Academy of Mediators (IAM)-Straus Institute Survey on Mediator Practices and Perceptions, was conducted in the spring of 2014. The survey was facilitated by a grant from the IAM.

Survey group. The IAM-Straus Institute Survey was completed by 130 individuals (representing about 85 percent of IAM Fellows). The respondent pool included individuals who regularly practice in Africa; Asia, including the Middle East; Australia and New Zealand; Canada; Europe (with a majority from the U.K.); Latin America; and the United States. The median age of respondents indicating their age was in the sixties. Among respondents identifying their gender, 22 percent were female. About ninety percent of respondents indicated that they worked full-time at the time the survey was administered, and devoted, on average, more than seventy percent of their work time to mediation practice. Survey participants had, on average, over 18 years of mediation experience, and had mediated, on average, almost 1,500 cases.

Forthcoming analyses. In the coming months the Institute will be publishing a number of in-depth summaries and analyses of mediator perspectives and practices, including:

The College of Commercial Arbitrators (CCA)-Straus Institute Survey on Arbitration Practice came about as the result of an invitation to Stipanowich to present a report to the college on the future of commercial arbitration. The survey, made possible by a grant from the CCA, consisted of 65 multiple-choice and short-answer questions on CCA members’ arbitration experiences and opinions on arbitration practices and the future of the arbitration field at large. The survey asked questions pertaining to both domestic and international arbitrations. The survey was completed by 134 individuals, a 63 percent response rate. (The survey and associated data are available from Stipanowich.)

Group profile. The average age of respondents who indicated their age was around 65. Eighty-five percent of those indicating their gender were male. More than eighty percent reported having litigation backgrounds; roughly three in ten had experience as transactional attorneys, and nearly ten percent claimed judicial experience. The participant pool had a mean arbitration-career length of more than 20 years and about four-fifths of the group had more than twenty years’ practice as arbitrators. Two-thirds had arbitrated more than 100 cases.

Settlements during arbitration. The first published analysis of data from the CCA-Straus Institute Survey, can be found in Commercial Arbitration and Settlement: Empirical Insights into the Roles Arbitrators Play, 6 YEARBOOK ON ARBITRATION AND MEDIATION 1 (2014). The article points out that arbitrators are generally reporting increased rates of settlement during arbitration, but their reported settlement rates vary considerably. It examines ways in which arbitrators are helping to set the stage for settlement, including their management of motions to dispose of some or all of the case; it also explores the experiences of some arbitrators with mixed roles (that is, mediating and arbitrating the same case).

Forthcoming analyses. In the coming months, we will be offering in-depth analysis of a range of topics covered by the survey, including: