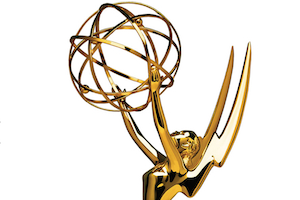 A groundbreaking partnership formed by California judicial leaders and Hollywood has won an Emmy Award for the National Association of Women Judges (NAWJ).

The film is the centerpiece of the NAWJ effort to combat civics education illiteracy which threatens to undermine the nation's fundamental institutions. It is also the first of what promises to be many more efforts to have Hollywood storytellers help teach important democratic principles.

"If the public doesn't understand the importance of a fair and free judiciary, the country won't have one," Shapiro said. "The courts will be taken over by special interest groups who are now pouring millions of dollars into campaigns that increasingly turn nonpartisan judicial elections into partisan battles."

The film is part of a long-standing and ongoing effort by the California judiciary to educate the public about what courts do and why it matters.

Supported by California Chief Justice Tani Cantil-Sakauye, Presiding Justice Judith McConnell and Justice Joan Irion of the Fourth District Court of Appeal, and retired Judge of the United States Court of Appeals for the Tenth Circuit, Dean Deanell Tacha of the Pepperdine University School of Law, among others, this work began in 2007 with then California Chief Justice Ronald George's Commission on Impartial Courts. It includes work by lawyers, law professors, as well as members of the bench, and numerous civics education partner organizations, such as the California League of Women Voters.

"All of us have a duty to tell the story of what judges do every day to ensure that equality and justice remain the hallmark of American law. Our film, I hope, is just the beginning of telling that story," Shapiro said. A former federal prosecutor and member of the Commission on Impartial Courts, Shapiro is currently of Counsel at Kirkland & Ellis, Los Angeles.

Nominated for three Emmys, the film won the Emmy Award for the Best Short Film/PSA from the National Capital Chesapeake Bay Chapter of the National Academy of Television Arts and Sciences on Saturday, June 14, 2014. This is the only award given in the Public Service Announcement category throughout the nation.

The NAWJ is the nation's primary professional organization for female jurists in state and federal courts in all 50 states. Founded in 1979, the NAWJ counts more than 1,200 members.

NAWJ's 'Informed Voters – Fair Judges' is a non-partisan voter education project developed to increase public awareness about the judicial system, to inform voters that politics and special interest attacks have no place in the courts, and to give voters the tools they need to exercise an informed vote in favor of fair and impartial courts.

"An independent and well-qualified judiciary is the necessary prerequisite to fairness and preservation of the rule of law. Every citizen has a heavy responsibility to be fully informed about the qualifications and experience of judicial candidates and to vote accordingly. No less than the future of our hard-won freedoms and system of government are at stake. Do your part in being an informed voter," said Dean Deanell Tacha, co-chair of the California Informed Voters Project.

To view the "Fair and Free" film in its entirety, or to learn more about the campaign, visit ivp.nawj.org.