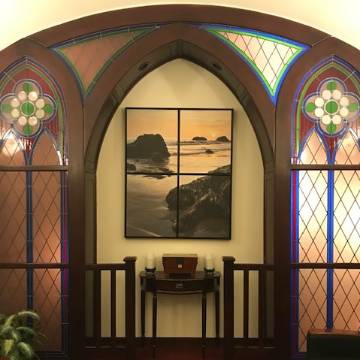 In 2019, Illinois prison officials forcibly shaved prisoner Thomas Walker’s head, in violation of Walker’s sincere Rastafarian religious beliefs. Even though Illinois has since concluded that it can allow Walker’s religious practice, an Illinois federal district court granted summary judgment against Walker. Walker has now appealed to the Seventh Circuit Court of Appeals in Chicago.

Pepperdine’s friend of the court brief was submitted on behalf of Dr. Byron Johnson, “a leading authority on the scientific study of religion, the efficacy of faith-based organizations, and criminal justice,” who is currently serving as Distinguished Visiting Professor of Religious Studies and the Common Good at Pepperdine University’s School of Public Policy. Johnson’s research shows that prisoners’ freedom to practice their religion while incarcerated leads to several positive outcomes for themselves, the prison, and society at large. In order to protect prisoners’ religious freedom, monetary damages must be a possible remedy for prisoners whose religious rights are violated.

"It was an honor to work with the talented attorneys from Jones Day and Professor Byron Johnson,” stated Ana Rodriguez, a third-year law student at Pepperdine who helped write the amicus brief. “Professor Johnson’s research affirms that inmates are worthy and capable of rehabilitation. This clinic offered me the meaningful opportunity to protect religious practice and pursue restorative justice.”

“It was incredibly gratifying to contribute to this amicus brief on behalf of Pepperdine's Religious Liberty Clinic,” stated Brooke Lindsey, a second-year law student at Pepperdine. “This clinic offers an unparalleled opportunity to work alongside the world-class attorneys at Jones Day, and to learn what happens behind the scenes when filing a brief in such a significant case.”

This is the sixth brief filed by the clinic at Pepperdine Caruso Law, established in January 2022 with the help of a transformational gift from the Hugh and Hazel Darling Foundation. As part of the school’s Nootbaar Institute for Law, Religion, and Ethics, the Religious Liberty Clinic explores enduring questions relating to how civil governments treat the religious beliefs, expressions, and institutions of their citizens and residents. The Clinic offers students the opportunity to work on cutting-edge religious liberty issues in partnership with leading national litigators.

“Helping prisoners get right with God is good for both prisoners and for society at large,” stated Prof. Eric Rassbach, executive director of the Clinic. “Professor Johnson’s decades of scholarship demonstrate without a doubt that we all benefit by helping prisoners connect with their faith.”