Our Place in the World

The 45th Annual School of Law Dinner was held on March 3, 2018, at the Beverly Wilshire Hotel in Beverly Hills. This year’s theme was Our Place in the World, which was particularly fitting given the $8 million gift Pepperdine Law received in September to support the Sudreau Global Justice Program – the largest single endowment gift in the law school’s history.

A true giant in global justice issues and an undeniably gifted orator, Gary Haugen was the featured speaker at this year’s event. Haugen, Founder and CEO of International Justice Mission, delivered a powerful speech on his extensive experience in the fields of human rights and the rule of law. He effectively related the idea of our place in the world to answering the call to ending oppression worldwide. 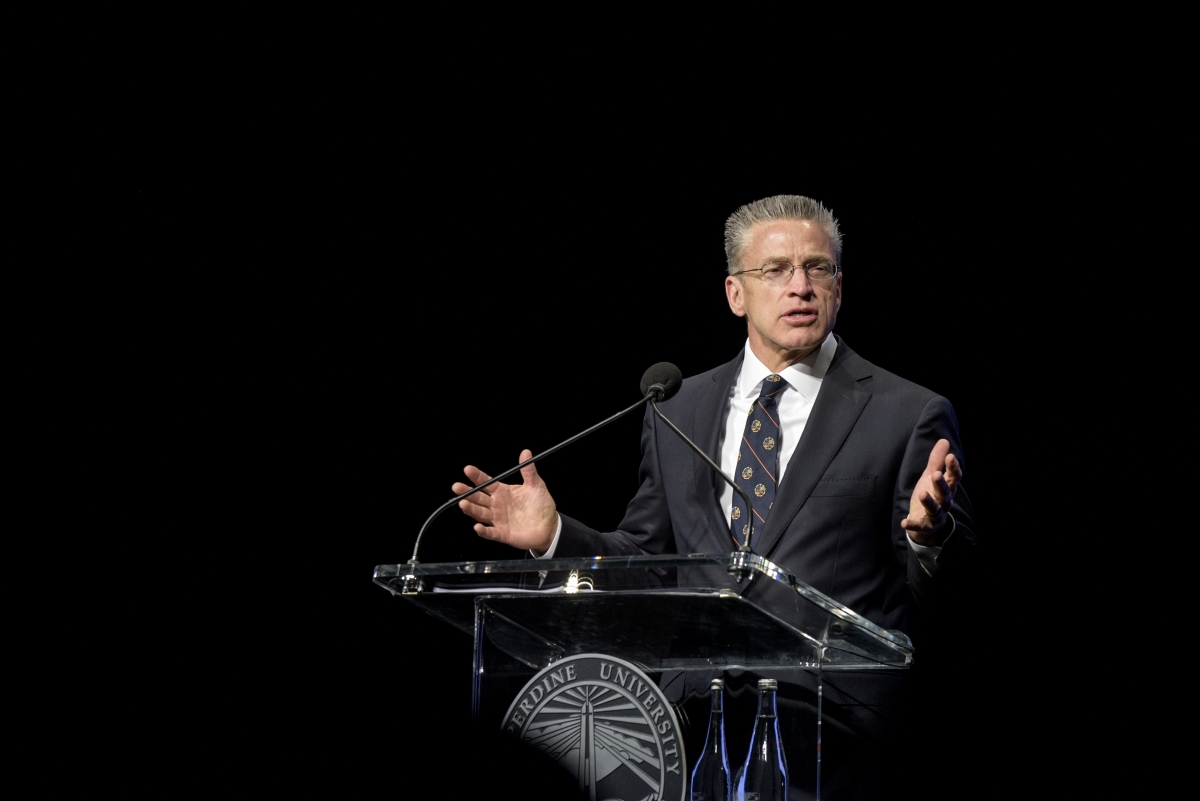 Mark Hiepler (JD ‘88) and Judge Jennifer Dorsey (JD ‘97) then presented the Vincent S. Dalsimer Appellate Advocacy awards, the Dean’s Award for Excellence in Scholarship, Professor of the Year awards, and the Otto P. Cipolla Preceptor of the Year award.

Professors Rob Anderson and Richard Cupp were recognized as co-recipients of the Dean’s Award for Excellence based on originality of their scholarly works and their valuable contribution to academic literature in their respective areas. The Dean makes the selection after considering the recommendations made by the Award Selection Committee, which consists of the Associate Dean for Research and Faculty Development, and faculty members selected by the Dean, who have strong national scholarly reputations. The Committee’s recommendation is based primarily upon the originality of the scholarly work and the importance of its contribution to the academic literature.

In his closing remarks, Dean Caron reflected on the collective responsibilities of Pepperdine lawyers, asking, “So what is our place in the world?”

The answer, he said, “…is everywhere. The world will be a better place when we have more Pepperdine-trained lawyers in every corner of the globe.”

A photo gallery from the event may be viewed here.