Arthur R. Miller has been called the "nation's leading scholar in the field of civil procedure." His resume includes teaching at Harvard Law School for 36 years, coauthoring one of the world's most-cited legal treatises, and appearing on television for decades as a legal commentator and host. His signature discussion panels have featured national politicians, star athletes, and Supreme Court justices. Miller needs no introduction in the legal community. 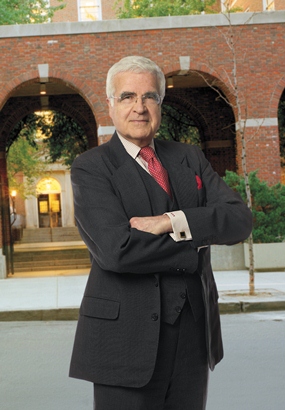 But did you know?

Professor Arthur R. Miller will appear at Pepperdine School of Law's 42nd Annual Dinner on April 11, 2015. His presentation will be entitled, "From the Paper Chase to Legally Blonde: An Unfiltered Look at Legal Education."