McNeal to Testify before Congress on Domestic Drone Security Implications 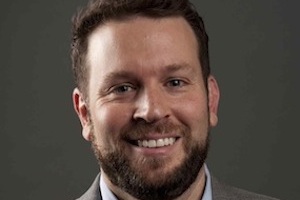 McNeal, recently named in a list of "Seven of the Most Influential Players in the Drone Industry" by Dronelife, will be speaking from his research and writing regarding the domestic use of non-military drones. He will acknowledge that while the emergence of unmanned aerial vehicles "raises understandable concerns that may require employment of mitigation technologies," Congress should be cognizant of four issues before taking tangible steps:

The March 2015 hearing will be McNeal's third time testifying before Congress. He notes that each time has been tied to research that he published while a faculty member at Pepperdine.

"Testifying before Congress is a great way to influence law and public policy. While many law professors focus on influencing courts, much of my work has been focused on influencing laws before they are written — that’s probably because I teach courses like Criminal Law and Legislation which are directly related to statutes. Being involved with the development of the law allows me to stay focused on emerging issues and I’ve found makes for a more enriching experience in the classroom."

McNeal has aided state legislators in drafting legislation related to unmanned aircraft and advised executive branch agencies at the state and federal level on matters related to drones. He has testified before the House Judiciary Committee about drones and privacy and has testified before the House Foreign Relations Committee about counterterrorism. He serves as a voting member of the ASTM technical committee creating scientific standards to govern drones and their operation. He is currently an academic member of the Secret Service Electronic Crimes Task Force.

Previously, McNeal served as a consultant to the Chief Prosecutor of the Department of Defense Office of Military Commissions on matters related to the prosecution of suspected terrorists held in the detention facility in Guantanamo Bay, Cuba. He also co-directed a U.S. Department of Justice counterterrorism grant program. He has consulted with the Department of Defense on a range of issues, including helping to draft a manual aimed at reducing harm to civilians in conflict.

He has authored over a dozen law review articles, and is a co-author of the casebook Anti-Terrorism and Criminal Enforcement and co-editor of the book Saddam On Trial: Understanding and Debating the Iraqi High Tribunal. He is the editor of a forthcoming book Cybersecurity and Privacy, author of the forthcoming book Prosecuting Terrorism (under contract with Oxford University Press), and is conducting research for books about civilian and military uses of drones.