In October of 2009, while attending the Christian Legal Society National Conference in San Diego, California, Prof. Jim Gash (JD '93) heard an address by author Bob Goff on the subject "Love Does." Gash came away with an "undeniable urge" to get involved in international justice, even though he had never been involved in the area. 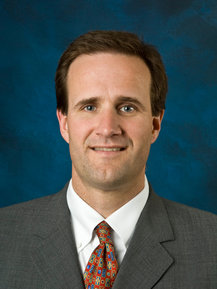 Seven years and one month ago, a 16 year-old Ugandan boy named Henry was arrested and charged with murder in conjunction with a mob killing of a thief.  After languishing for eighteen months in horrendous conditions in a juvenile prison waiting for the day when it would be indisputably revealed in court that he was in school when the killing occurred, Henry was charged with a second murder in conjunction with the death of a fellow prisoner.  One month later came the divine collision – when God sealed my life and Henry’s together.

After I and a small team of lawyers spent one week in January of 2010 preparing Henry’s and the other twenty juvenile inmates’ cases for trial, I returned to the United States pretty sure I would never return to Uganda.  But then Henry and I started talking on the phone once a week as he updated me on the progress of the cases.  Two months later, the original case for which he had been arrested was dismissed before the trial began because there was no evidence against him.  There never had been.

But when the second case went to trial, Henry was assigned the same lawyer as the adult matron who had also been charged with murder in conjunction with the death of Henry’s fellow inmate.  The matron faced a possible death sentence if convicted; Henry faced a possible three years.  Even though he represented both defendants, the lawyer called no witnesses to testify as to what had really happened – Henry wasn’t involved – but instead called the matron to testify against Henry, casting all of the blame for the unfortunate death on him.  Yes, the lawyer called to the stand one client to testify against his other client.  And after the matron testified against Henry, he didn’t cross-examine her.  Both were convicted in May of 2010.

Fortunately, Ugandan law doesn’t allow the High Court judge that tries juveniles for capital offenses to do the sentencing.  That task is borne by the magistrate judge, who in this case, had learned the truth about what had happened from those who were there.  Henry’s sentence was one year of probation.  But this wasn’t good enough for Henry or for me.  We wanted complete exoneration, so we appealed.

The Chief Justice of Uganda was kind enough to extend to me the privilege of arguing Henry’s appeal under an obscure Ugandan rule that allows him to grant a one-time exemption from the normal counsel rules – only the second time the provision has ever been used (the first was for a Kenyan).  After nearly three years of waiting, the oral argument was held on March 12, 2013.  After a few petrifying hiccups that threatened to further delay the case and remove me as counsel of record, the actual argument went according to plan, as discussed here.

Then we waited.  A few months after the argument, one of the three judges was elevated from the Court of Appeals to the Supreme Court.  Shortly thereafter, another of the judges became the Acting Chief Justice of the Country.  More than a year later, the case was reassigned to a new three-judge panel, but no further argument was scheduled.  Then we waited some more.

Yesterday, I received an e-mail from the lawyer for the prosecution letting me know that the judgment, at long last, was to be read on Friday, June 19th – three days before I am scheduled to head back to Uganda.  I called my co-counsel in Uganda and explored the possibility of seeking a delay in the court’s ruling so I could be there when it was read.  No dice – the ruling had been given to the Court Registrar for delivery, and it would be difficult (and probably insulting) to request a delay.

Because we are in the middle of filming a documentary about Pepperdine’s relationship with the Ugandan Judiciary, and because Henry’s case is a central part of the story, one of the filmmakers in Malibu (Craig Detweiler) and I agreed that we should film me learning of the verdict.  Whichever way it turned out, it would be real.

The ruling was scheduled to be read at 9:30 a.m., Uganda time, which is 11:30 p.m. my time.  I knew it would be late, and I knew it would be a few hours before my co-counsel could get a copy, scan it, and then send it to me.  So I went to bed after praying for the tenth time that day for good results, or strength and stamina if the results weren’t so good.  Before I went to bed, I downloaded a program that would digitally record through my computer both ends of the Skype call I was scheduled to have with Henry right after I read the ruling.

This morning, Joline checked my e-mail to ensure the ruling had arrived.  It had, but she didn’t open it.  A couple hours later, Craig Detweiler and Kathryn Linehan set up two cameras in our dining room to capture the moment. 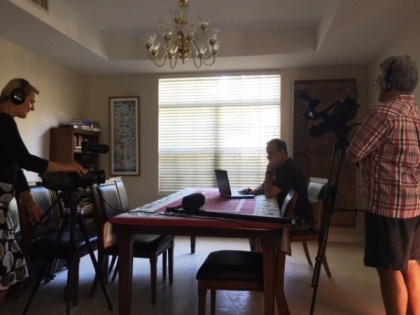 I double-clicked the document to open the PDF and started reading the ten-page ruling.  Appellate rulings in the United States immediately announce the judgment, and then run through the rationale for the ruling.  Uganda takes a different approach.  The ruling started with a summary of the evidence presented at trial, and then set forth the trial court’s verdict.  I was so anxious to get to the result, I didn’t even read this first section.  Next came the three grounds for appeal we urged.  Immediately, the court rejected the first and third relating to the sufficiency of the evidence.  I swallowed hard and kept scrolling.

Next came a summary of my argument about why Henry was denied due process of law by having a lawyer with an inescapable conflict of interest.  Next came a summary of the prosecution’s response to my argument.  At this point, I had scrolled to page nine – one page to go.  When page ten appeared, I leaned in and started reading intently.  I tried to read it out loud, but couldn’t get through it.  Tears streamed down my face and my voice deserted me.

Here is what it said:

“We find that, in this case, the appellant was not accorded a fair hearing and we so hold.  The trial and conviction of the appellant contravened Articles 28 and 44 of the Constitution and was therefore a nullity.

On that account, we hereby quash the conviction and set aside the sentence imposed on the appellant, by the Children’s Court, Masindi, the fact that he has already served the same notwithstanding.  For the same reason, also rule out an order of re-trial of the appellant.”

That was it.  It was over.  The conviction was reversed and the case was dismissed.  We had won.  Henry now has a clean slate. 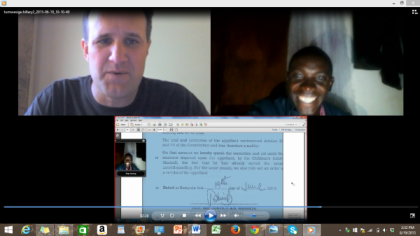 After I composed myself a bit, I called Henry on Skype at his home in Ishaka where he is studying for his final exams at the end of his second semester of medical school.  I cut to the chase pretty quickly, and he smiled bigger than Dallas and said, “Praise be to God! . . . This is an answer to our prayers.”

We talked for a few more minutes, and then we hung up so he could call his mother to tell her the good news.  Craig asked me a few follow-up questions so we could place this moment in the larger context of this story.  Fortuitously, I was sitting in the shadow of the door that used to keep the prisoners in at Ihungu – Bob Goff had torn it from its hinges a few years back and brought it to me as a gift and reminder that there were still prisoners in need of assistance.

I am still a bit wobbly from the emotion of it all, but I’m not sure I have felt this content in quite some time.  Thanks for your prayers and interest all along the way.

Divine Collision, Gash’s book about the changes in Henry's and his own lives since their meeting in 2010, will appear in bookstores and at online booksellers in late January 2016.