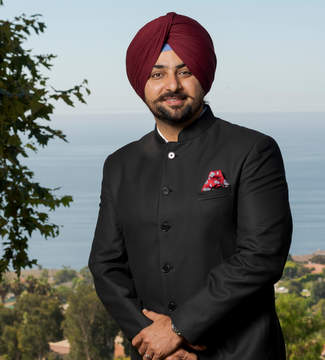 Dr. Singh is a successful international mediator and has resolved disputes in countries throughout the world—including in states across the United States, Canada, India, Japan and New Zealand, to name a few. He currently serves as the mediator for Willamette University's Atkinson Graduate School of Management, where he identifies and resolves organizational conflicts, and for the City of Beverly Hills, where he was recently nominated for the city's annual Peace Award.

He teaches various subjects in dispute resolution at Pepperdine, and he has previously taught at USC School of Law, Willamette University, Hamline University, as well as in India at the National Law University, where he was appointed Honorary Professor of Law, and at Rajiv Gandhi National University of Law. In 2017, the Government of India recognized Dr. Singh as a GIAN scholar for his teaching in the field of dispute resolution. Dr. Singh's work can be found in several journals and books on dispute resolution, and most recently he published, "Best Practices for Mediating Religious Conflicts" for American Bar Association.

Dr. Singh has given keynotes, lectures, and trainings on dispute resolution in more than 30 states across the United States, as well in Australia, Brazil, Canada, China, Denmark, Egypt, France, India, Japan, Keyna, Korea, New Zealand, Peru, Saudi Arabia, Singapore, Spain, U.A.E, and United Kingdom. He has delivered online TEDx Talks on dispute resolution in relationships, titled "Negotiating for Love," in 2015 and on professional identity titled "Made in India," in 2018.