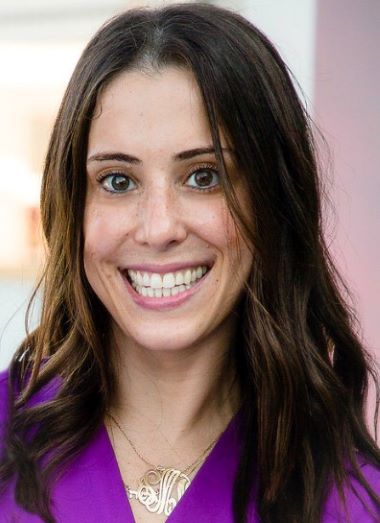 Sarah M. Nissel serves as the Director of the Faith and Family Mediation Clinic and Adjunct Clinical Professor of Law.
Professor Nissel is the Executive Director of the Jewish Divorce Assistance Center of Los Angeles (JDAC), a nonprofit organization that provides pro-bono services to individuals and couples navigating dual civil and religious processes of divorce. Under Professor Nissel's leadership, JDAC mediates all aspects of clients' divorce proceedings and provides other non-legal wraparound services – including access to psychologists, social workers and financial planners – with the goal of finding amicable, timely and cost-efficient resolutions both in civil and Jewish religious courts. Students in the Faith and Family Mediation Clinic work in the field with JDAC.

Professor Nissel's research and work focuses on mediation, family law and law and religion. In August 2019, Professor Nissel, along with her colleagues at JDAC and in partnership with Community Legal Aid SoCal, was awarded a three-year Cutting Edge Grant from the Jewish Community Foundation of Los Angeles to extend services to Jewish survivors of domestic abuse and their families under the Safe and Healthy Jewish Families Project.

Prior to joining JDAC, Professor Nissel worked in private practice in the areas of white-collar criminal defense and complex civil litigation at Bird, Marella, et al., a Los Angeles-based boutique litigation firm and prior to that, at Morvillo, Abramowitz, et al., in New York City.

In law school, Professor Nissel served as a fellow at the Innocence Project, where she gained experience working on criminal proceedings at the state level and represented clients in various stages of post-conviction litigation. She also worked as a legal intern with federal prosecutors at the United States Attorney's Office for the Southern District of New York and for the Honorable Judge Nicholas G. Garaufis, United States District Judge of the United States District Court for the Eastern District of New York.

Professor Nissel graduated with honors from Yale University in 2003 where she earned a Bachelor's Degree in Comparative Literature. She received her J.D. from New York University School of Law in 2008 where she was a Dean's Scholar. Professor Nissel is admitted to practice in California State, New York State and in the District Court for the Southern District of New York