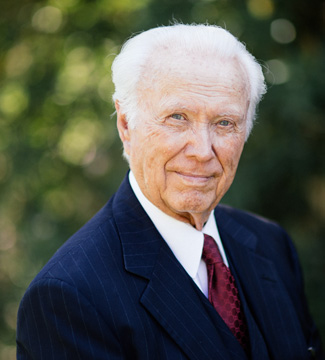 Referred to as the "architect and administrator of the Pepperdine University Caruso School of Law," Ronald Phillips served as its dean for twenty-seven years. In June 1997, he was honored with the title of dean emeritus and assumed his responsibility as vice chancellor full-time. He currently serves as Senior Vice Chancellor and Caruso School of Law Dean Emeritus. In this position, he works with alumni and friends in seeking support for the law school and university.

He is a member of the state bars of California and Texas, the American Bar Association, the Los Angeles Bar Association, the Christian Legal Society, and a life member of the American Law Institute. He was a California commissioner of the National Conference of Commissioners on Uniform State Laws from 1988 to 2003. He is a Life Fellow of the American Bar Foundation. He was the chair of the section on the Administration of Law Schools in 1982, was on the Committee on Courts from 1985 to 1987, and is admitted to practice before the US Supreme Court and US Court of Military Appeals. Prior to his deanship at Pepperdine, he had a private law practice and was an adjunct professor at Abilene Christian University. He was also a corporate staff attorney at McWood Corporation and its successor, the Permian Corporation, also in Abilene, Texas.

In reference to his outstanding career as dean, he says that "I am deeply blessed. Few people have been able to spend such a significant portion of their lives in such a rewarding endeavor."