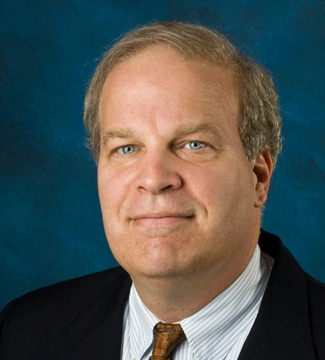 In law school, Robert Pushaw served as Notes Editor of the Yale Law Journal and received an Olin Foundation Fellowship. After graduation, he clerked for Judge James Buckley of the US Court of Appeals for the DC Circuit, then worked as an employment lawyer for Davis Wright Tremaine in Seattle.

Joining the University of Missouri School of Law faculty in 1992, Professor Pushaw taught Constitutional Law, Federal Courts and Contracts. In 1998, he won the Blackwell Sanders Distinguished Faculty Achievement Award as the law school's top teacher. In 2000, Pushaw received the William Kemper Fellowship for Teaching Excellence, the University of Missouri's highest teaching honor. He came to Pepperdine in 2001, and won the School of Law's Annual Teaching Award in 2007.

Professor Pushaw's scholarship studies the influence of eighteenth-century Anglo-American political and legal theory on the development of the modern law governing the Constitution (especially the Commerce Clause and War Powers) and the federal courts (particularly the justiciability doctrines and inherent judicial powers).

At the University of Missouri, he twice earned the Shook Hardy & Bacon Excellence in Research Award. At Pepperdine, he received the Dean's Award for Excellence in Scholarship in 2017.

Professor Pushaw served as Associate Dean for Research and Faculty Development from 2012-2015. He is the faculty advisor for the Pepperdine Law Review.