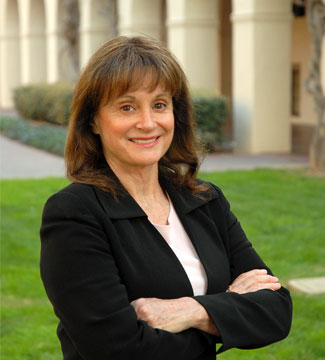 Patti Paniccia has taught at Pepperdine Law School since 1987, specializing in Employment Discrimination Law and First Amendment Law. She has worked as an employment consultant to small business owners and is a hearing officer for the Employee Relations Commission of Los Angeles County.

Ms. Paniccia completed a nationwide book tour in 2000 as author of Work Smarts for Women: The Essential Sex Discrimination Survival Guide, published by Ballantine Books. She is also general counsel for the Radio Television News Association (RTNA) of Southern California. As a former Emmy-nominated CNN correspondent and freelance print journalist, she has directly experienced many First Amendment conflicts and issues, and has sat on numerous ABA and State Bar First Amendment and media-related committees. She is a member of the bar in California and Hawaii, and two­-time recipient of Pepperdine Law School's David McKibbin Excellence in Teaching Award.