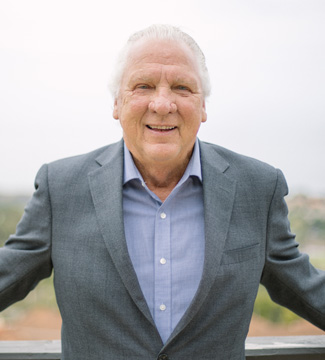 Prior to beginning his career as a law professor, Professor McGoldrick worked for the Antitrust Division of the US Department of Justice and as a trial attorney for the Tulare County Legal Services. During his over forty-year career at Pepperdine Caruso School of Law, he served eight years as associate dean for academics. As associate dean, he began the law school's popular London program, created the short summer sessions that brought in distinguished visitors such as Justices Rehnquist and Scalia and the then Solicitor General Kenneth Starr, and instituted Spring Break at the law school for which students stand eternally grateful. (Contrary to popular rumor, he did not invent pie.)

For some twenty-five years, Professor McGoldrick worked closely with the school's founding dean, Ronald Phillips, whom he considers the finest man that he has ever known. Professor McGoldrick has received best teaching awards as voted by the students, but not as many as he thinks he deserves. He has visited at other law schools in Miami, Boston, and at the University of Memphis where he was the distinguished visiting professor.

Among his other activities, Professor McGoldrick was the reporter for the National Conference of Commissioners on Uniform State Laws on victim rights. While teaching in the law school's London program, he worked as an on air legal analyst for London's Sky News during the O.J. Simpson trial. Both the L.A. Times and the Entertainment Tonight television program referenced his "cult-like" following in that capacity. Both were likely in error.

Professor McGoldrick is especially proud of the students whom it has been his honor to serve, including current Pepperdine Caruso School of Law professors Caldwell, Gash, Miller, Popovich, and Reed. Professor McGoldrick is a member of the California bar and is admitted to practice in the Ninth Circuit Court of Appeals. He teaches Constitutional Law and Criminal Procedure. He maintains a golfing index of 13 but still foolishly believes he can be in single digits again.