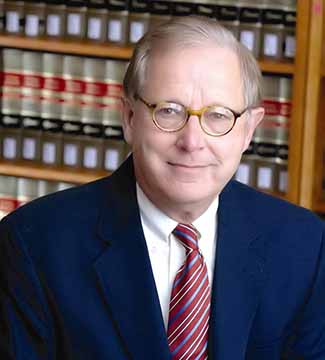 Grant Nelson joined the Pepperdine faculty in 2007 as the William H. Rehnquist Professor of Law. Before coming to Pepperdine, Professor Nelson was on the faculty at UCLA School of Law since 1991 and taught Real Estate Finance, Advanced Real Estate Transactions, Property, Land Use Regulation, and Remedies. He was the recipient of the UCLA School of Law's Rutter Award for Excellence in Teaching in 2000 and the UCLA University's Distinguished Teaching Award in 2002. UCLA law graduates selected him as the "Professor of the Year" in 2004, 2005, and 2007. Professor Nelson was the co-reporter for the American Law Institute's Restatement of Property (Third)-Mortgages (1997), served on the Law School Editorial Advisory Board of the West Publishing Company, and as a commissioner of the National Conference of Commissioners on Uniform State Laws.

While in law school, Professor Nelson was an editor on the Minnesota Law Review. After serving as an officer in the U.S. Army during the Vietnam era, he practiced real estate finance at Faegre and Benson, a large Minneapolis law firm. He taught at the University of Missouri-Columbia School of Law for twenty-four years, where he was the Enoch H. Crowder & Earl F. Nelson Professor of Law and was elected Outstanding Professor by three classes. He was also Professor of the Year at two other law schools where he was visiting.