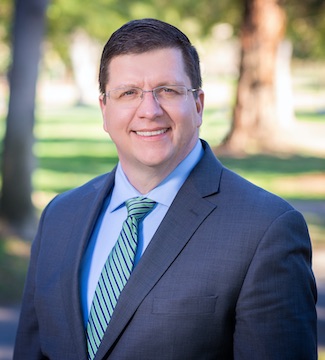 Professor Eric Rassbach is Vice President and Senior Counsel at the Becket Fund for Religious Liberty where he has served since 2003. He has led or been a part of Becket litigation teams in each of Becket's pathbreaking victories at the United States Supreme Court, including Hosanna-Tabor v. EEOC, Burwell v. Hobby Lobby, Holt v. Hobbs, Little Sisters of the Poor v. Burwell, Agudath Israel of America v. Cuomo, and Fulton v. Philadelphia. In 2020, he argued the sixth telephonic oral argument ever to the United States Supreme Court in Our Lady of Guadalupe School v. Morrissey-Berru, winning in a 7-2 vote. Professor Rassbach has also litigated cases in federal and state courts across the country, and in the European Court of Human Rights.

Professor Rassbach frequently comments on church-state issues in The New York Times, The Washington Post, The Wall Street Journal, and other major press outlets. His academic articles have appeared in the Tennessee Law Review, the Illinois Law Review, the Cato Supreme Court Review, and other legal journals, and he often speaks to law school and other audiences.

Before joining Becket, Professor Rassbach worked at Baker Botts LLP in Houston, where he worked in international project finance. He also served as a law clerk to United States District Court Judge Lee Rosenthal in Houston, Texas. He graduated from Haverford College with a degree in Comparative Literature, is a member of Fitzwilliam College, University of Cambridge, and is a graduate of Harvard Law School. In addition, he was a 2012-2013 Wasserstein Public Interest Fellow at Harvard Law School. He is admitted in Texas, Washington, DC, and California.