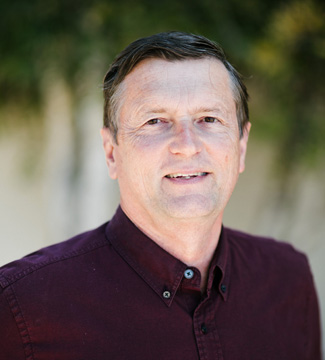 Recipient of the Pulitzer Prize in History and numerous other awards for writing and teaching, Larson is the author or co-author of fourteen books and over one hundred published articles. His 2015 book, The Return of George Washington: Uniting the States, 1783-1789, was a New York Times Bestseller and resulted in Larson being invited to deliver the 2016 Supreme Court Historical Society lecture in Washington, give the annual Gaines Lecture at Mount Vernon, and serve as a featured presenter for the Library of Congress's Madison Council event. His other books, which have been translated into over twenty languages, include An Empire of Ice: Scott Shackleton, and the Heroic Age of Antarctic Science; A Magnificent Catastrophe: The Tumultuous Election of 1800, America's First Presidential Campaign; and the Pulitzer Prize winning Summer for the Gods: The Scopes Trial and America's Continuing Debate Over Science and Religion. Larson's articles have appeared in such varied publications as Nature, Atlantic Monthly, Science, Scientific American, Time, Wall Street Journal, American History, The Guardian, and dozens of law reviews. His latest book, On Earth and Science, was published by Yale University Press in 2017.

A popular lecturer, Larson has taught short courses at universities in China, Europe, and South America; and given addresses at over 80 American universities. He was a resident scholar at the Rockefeller Foundation's Bellagio Study Center; held the Fulbright Program's John Adams Chair in American Studies; participated in the National Science Foundation's Antarctic Writers and Artists Program; and served as an inaugural Fellow at the Library for the Study of George Washington at Mount Vernon. A panelist on the National Institutes of Health's Study Section for Ethical, Legal, and Social Issues of the Human Genome Project, Larson is interviewed frequently for broadcast, print, cable, and internet media, including The Daily Show, The Today Show, and multiple appearances on PSB, BBC, the History Channel, C-SPAN, CNN, Fox News, MNBC, and NPR.