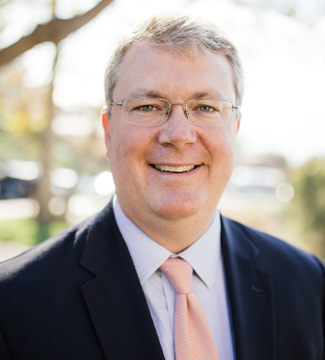 Prior to joining the law faculty in 2008, Professor Childress was associated with the international law firm Jones Day in Washington, DC, as a member of their Issues and Appeals practice, where he focused on Supreme Court litigation, general appellate litigation, and significant motions practice in trial litigation. While in private practice, his appellate representations included preparation of writs of certiorari, merits briefs, and amicus briefs in the US Supreme Court. Professor Childress has briefed and argued appeals before the US Court of Appeals for the Ninth Circuit and has briefed matters in numerous other trial and appellate courts in the First, Second, Third, Fourth, Fifth, Seventh, and DC Circuits, as well as in various state courts. He has significant private practice experience in transnational litigation/arbitration, complex civil procedure, conflict of laws, constitutional law, immigration law, federal Indian law, and national security law, including cases related to the war on terror.

Professor Childress recently spent three years as the 28th Counselor on International Law to the Legal Adviser at the U.S. State Department. During his tenure as Counselor, Professor Childress served as a primary liaison between the Office of the Legal Adviser and the White House Counsel's Office, National Security Council, Office of the Solicitor General, the Civil Division's Appellate Staff, and other Department of Justice Divisions and federal agencies. He helped formulate the government's litigation strategy and brief cases in the Supreme Court and lower courts involving foreign litigation in U.S. courts and on litigation and arbitration before international courts and tribunals, including the International Court of Justice. Professor Childress had the honor of briefing and arguing cases before the International Court of Justice on behalf of the United States. He also represented the United States before international bodies, including as part of the U.S. delegation to UNCITRAL Working Group III (regarding reforms to Investor-State Dispute Settlement), before the Council of Europe's Committee of Legal Advisers on Public International Law (CAHDI), and in the Diplomatic Session of the Hague Judgments Convention.

Professor Childress is admitted to practice in Virginia, the District of Columbia, the U.S. Supreme Court, and the United States Court of Appeals for the Fourth Circuit. He is also an elected member of the American Law Institute.

Professor Childress clerked for the Honorable Paul V. Niemeyer on the US Court of Appeals for the Fourth Circuit. While at Duke Law School, he served as editor-in-chief of the Duke Law Journal (Volume 53) and received the faculty award for outstanding achievement in international, transnational, and comparative law. While at Oxford Brookes University, he served as a Rotary Ambassadorial Scholar in the United Kingdom, where his research focused, in part, on European constitutionalism and European Union law.

Professor Childress's primary research interests are international civil litigation and arbitration, conflict of laws (private international law), comparative law, and ethics. His scholarship has appeared in the Duke Law Journal, the UC Davis Law Review, the Northwestern University Law Review, the Georgetown Law Journal, the Virginia Journal of International Law, the William and Mary Law Review and the North Carolina Law Review, as well as in other leading journals. He is a co-author on a casebook on transnational law and practice as well as a Nutshell on transnational litigation. He has also published an edited volume with Cambridge University Press entitled "The Role of Ethics in International Law" and has appeared as an editor and author in various academic presses, including Oxford University Press and Edward Elgar. He is working extensively on the role that international civil litigation and arbitration plays in an increasingly global world. He is the American co-editor of the private international law blog ConflictOfLaws.net.