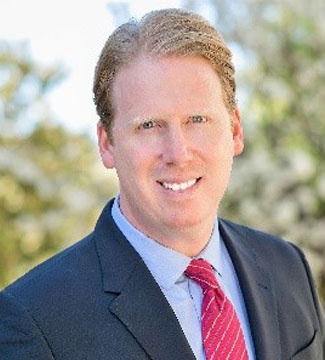 Brian J. Philpott is a partner with Ferguson Case Orr Paterson in the Intellectual Property Practice Group. His practice focuses on patent prosecution and litigation, trademark procurement and enforcement, copyrights, internet and domain name matters, data privacy, and general international intellectual property issues. Brian has litigated several intellectual property cases before state and federal courts in California and New York, as well as before the United States Patent and Trademark Office. He represents a diverse clientele ranging from solo entrepreneurs and large companies from the high-tech, fashion, and entertainment industries. His technological expertise is in semiconductor technologies, enterprise software, video games, optics and imaging devices, and digital circuitry.

Brian earned a Bachelor of Science in Electrical Engineering from Oklahoma State University in 2002. After graduating, he went to work in the Ultrafast Terahertz Optoelectronic Laboratory as a research assistant under Dr. Alan Cheville. In the fall of 2002, he matriculated to the Pepperdine University Caruso School of Law where he received his Juris Doctor degree in 2005. While in law school he served as the President of the Intellectual Property Society and actively volunteered with several organizations including the Union Rescue Mission and the Adoption Law Group. Brian is an active alumnus of the law school where he teaches courses in Trademarks and Unfair Competition and Patent Law. In 2019, he received the David McKibben Excellence in Teaching Award for outstanding contributions as a member of the adjunct faculty.