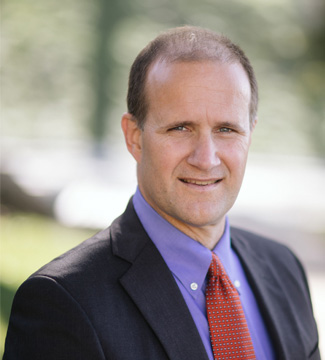 After majoring in finance at Abilene Christian University, Professor Gash continued his education at Pepperdine University Caruso School of Law. As a law student, he finished first in his class and served as the editor-in-chief of the Pepperdine Law Review.

Upon graduation, he went to work for the small litigation firm of DeSimone & Tropio. The following year, he had the privilege of serving as a law clerk to the Honorable Edith H. Jones, United States Court of Appeals for the Fifth Circuit. He then joined the Washington, DC, office of Kirkland & Ellis where he focused on appellate and commercial litigation. He relocated to Kirkland's Los Angeles office in 1997, where he worked until joining the faculty in 1999. From 2005 through 2012, Professor Gash served as Associate Dean for Student Life, and since January of 2012, he has served as Specialist Advisor to the Ugandan High Court. Gash now serves s Associate Dean for Strategic Planning and External Relations.

During his first year of law school, Professor Gash decided that his career goal would be to return to teach at Pepperdine where his passion for the law was ignited and his spiritual life was enriched by the faculty, administration, and community. He teaches Torts, Evidence, and International Human Rights. Over the past seven years he has devoted himself to advancing the rule of law in developing countries, including traveling to Uganda more than twenty times with Pepperdine students and alumni to assist that country in its justice reform efforts. Gash directs Pepperdine's Sudreau Global Justice Program.

Professor Gash is a member of the California bar and, is admitted to practice before the United States Supreme Court, the Fifth Circuit Court of Appeals, and the US District Court for the Central District of California.